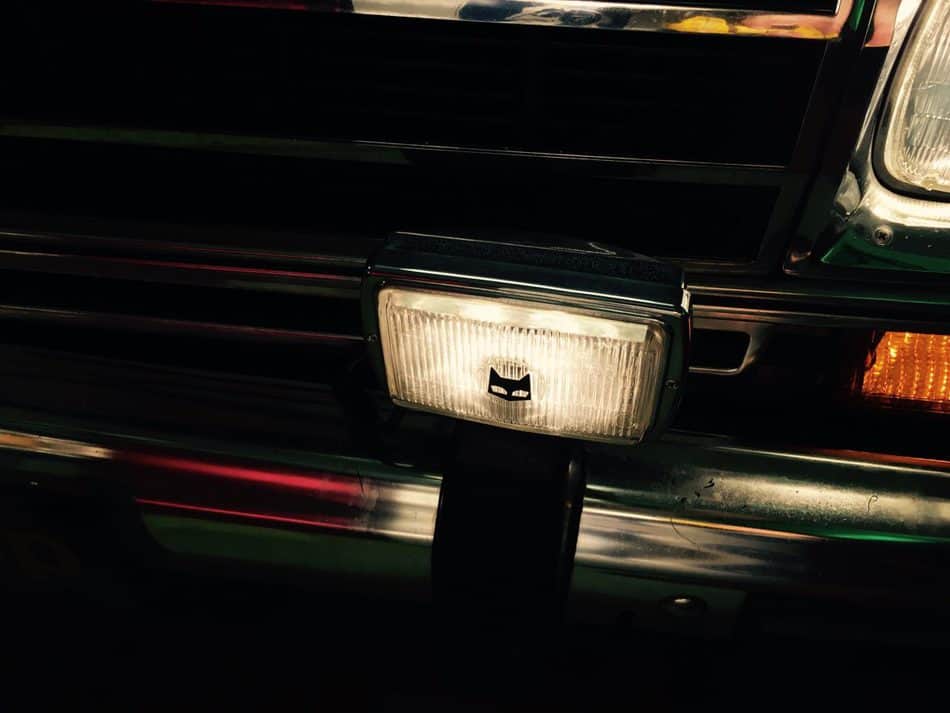 Thanks to my friend Jim, I got the original Jeep fog lights made by Marchal working!

The first thing I tried was to install new bulbs. One light had a new bulb, but the other one was terrible. It was completely white inside.

After 30 years, it was really dirty. While I had the lights apart, I took the time to clean all of the components before putting it all back together.

I put all of the parts back together just as they were when I first started working (only cleaner).

Unfortunately, they still did not work. This is when I “phoned a friend”, or rather texted with a friend.

Jim has redone several Jeep Grand Wagoneers, so it was nice to get his input. He had me swap out the relay that is mounted under the hood on the driver side fender well. Sure enough, after a quick trip to AutoZone, I had the part in hand. After installing the new relay…

SUCCESS! I was really happy to see the fog lights working again.

If only I had the black fog light covers that originally came with the lights… oh well. At least they work now.

link to Are 4runners Expensive To Maintain?

Just like any other car, the Toyota 4Runner will need maintenance. All maintenance comes with costs, and 4Runners have their amount. To know whether it is expensive or not, you only need to know how...

Continue Reading
link to What does a TRAC do on a 4Runner?

If you're like me, when you consider buying a new vehicle, you want to know about all the features. This is what led me to do a lot of research on the safety system that many of these vehicles boast....

This site is supported by our participation in affiliate programs. We are a participant in the Amazon Services LLC Associates Program, an affiliate advertising program designed to provide a means for us to earn fees by linking to Amazon.com and affiliated sites. We also participate in programs from eBay, CJ.com and more. With this said, our opinions are always our own and we do not recommend products we do not like.