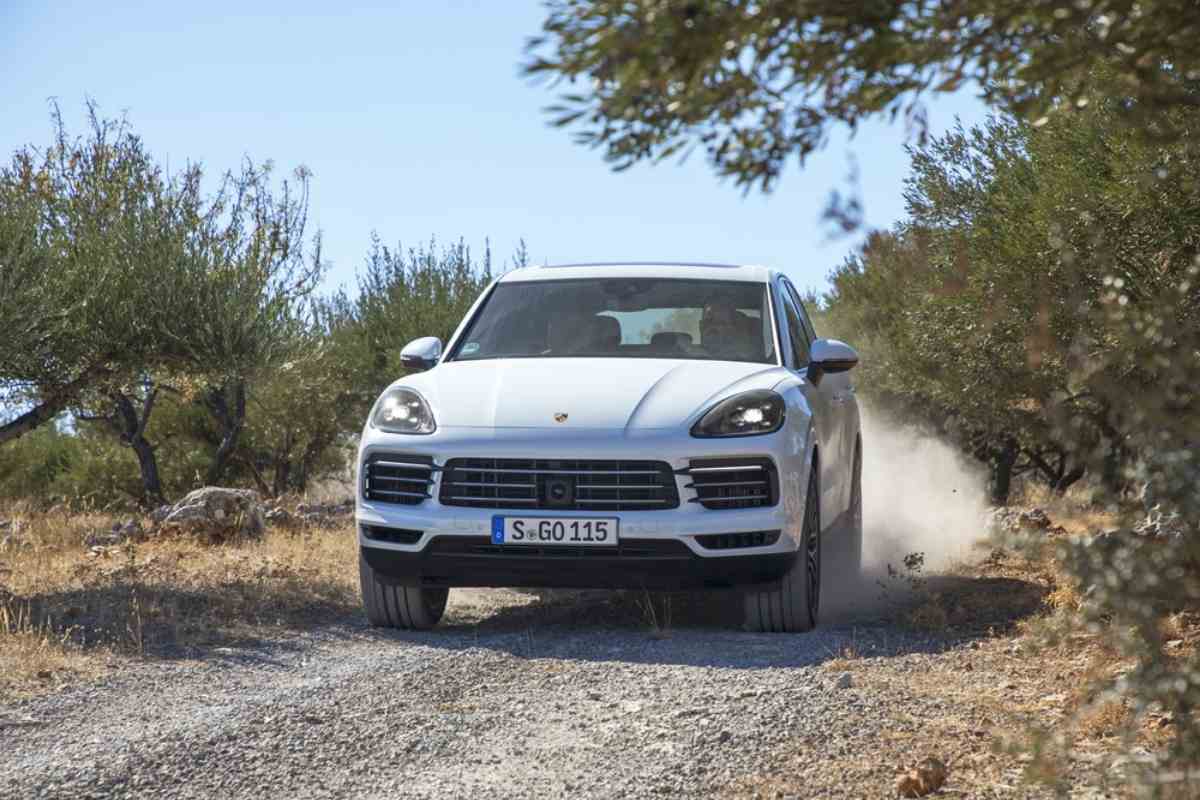 Now that you know that the Porsche Cayenne is a reliable car, you are likely wondering which year of this vehicle is currently the most reliable. Keep reading to find out.

Is the Porsche Cayenne Reliable?

People who have driven or owned a Porsche Cayenne have found that they are reliable vehicles, especially the ones that were manufactured after 2008. Even if this SUV wasn’t reliable, the warranties that Porsche has for these vehicles are wonderful, so you can have a part replaced in your Porsche Cayenne if it was broken within the terms of the warranty. (Source)

What Is the Most Reliable Porsche Cayenne Model Year?

The 2009 Porsche Cayenne is the most reliable model of the Porsche Cayenne currently available. This luxury midsize SUV comes in five trim options: the Base, GTS, S, Turbo, and the Turbo S.

The 2009 Porsche Cayenne is the most reliable model that has been released by Porsche so far because it received a perfect reliability score of 5 out of 5 stars from J.D. Power. (Source)

The 2009 Porsche Cayenne uses four-wheel drive rather than front-wheel or rear-wheel drive. The interior and exterior of this vehicle are unlike many other midsize SUVs, and many people enjoy that because it looks similar to a sports car.

Listed below are the 3 most reliable years for the Porsche Cayenne other than the 2009 model that was previously mentioned.

The 2015 Porsche Cayenne is the second-most reliable model year for this midsize SUV. It has a 4.5 out of 5-star rating from J.D. Power and has only been affected by two safety recalls, as there were issues with the brake pedal and alignment. However, those issues were fixed and paid for by the warranty. (Source)

The 2015 model has a 7-10.1 inch touchscreen, CD player, Bluetooth connectivity, and a USB charging port. Although the infotainment system is easy to use, there are many buttons and knobs that control the various functions of this Porsche Cayenne, and they are sometimes hard to figure out when you first purchase this vehicle. With time you will get the hang of it, but they may be frustrating to use at first.

The 2015 Porsche Cayenne only has 23.6 cubic feet of space in the trunk, but you can get up to 62.9 cubic feet when the seats are folded down. Although this trunk is smaller than other models of midsize SUVs, there is plenty of space within it for you to put your family’s belongings.

The 2008 Porsche Cayenne is also a reliable year for this model of car because, like the 2015 Porsche Cayenne, it has a 4.5 out of 5-star reliability rating from J.D. Power. It uses a four-wheel drivetrain. (Source)

The 2014 Porsche Cayenne is the 3rd most reliable year for the Porsche Cayenne. This midsize SUV has a 4 out of 5-star reliability rating from J.D. Power. (Source)

The 2014 Porsche Cayenne gets up to 20 miles per gallon in the city and 29 miles per gallon on the highway, which is much better than the previously mentioned models. It can tow up to 7,716 pounds.

The interior of the 2014 Porsche Cayenne looks wonderful and makes the people who ride in this car feel luxurious. The seats are comfortable, even during long car rides, and the buttons on the dashboard are easy-to-use.

The windshield is wide and long so you can clearly see the road ahead of you. It has 62.9 cubic feet of space in the trunk, and you can get more when you lower the back seats.

Overall, the Porsche Cayenne is a reliable midsize SUV. It is not the largest SUV on the market, as it only seats 5 people at a time, and sometimes the amount of available trunk space is limited, but if you enjoy driving a sports car and need something larger for day-to-day errands and drives, then this is the vehicle for you.

The quality of the interior and exterior will vary depending on the car, as they will all be previously used, but you should be able to find a Porsche Cayenne that is in tip-top shape and almost looks like it is brand new.