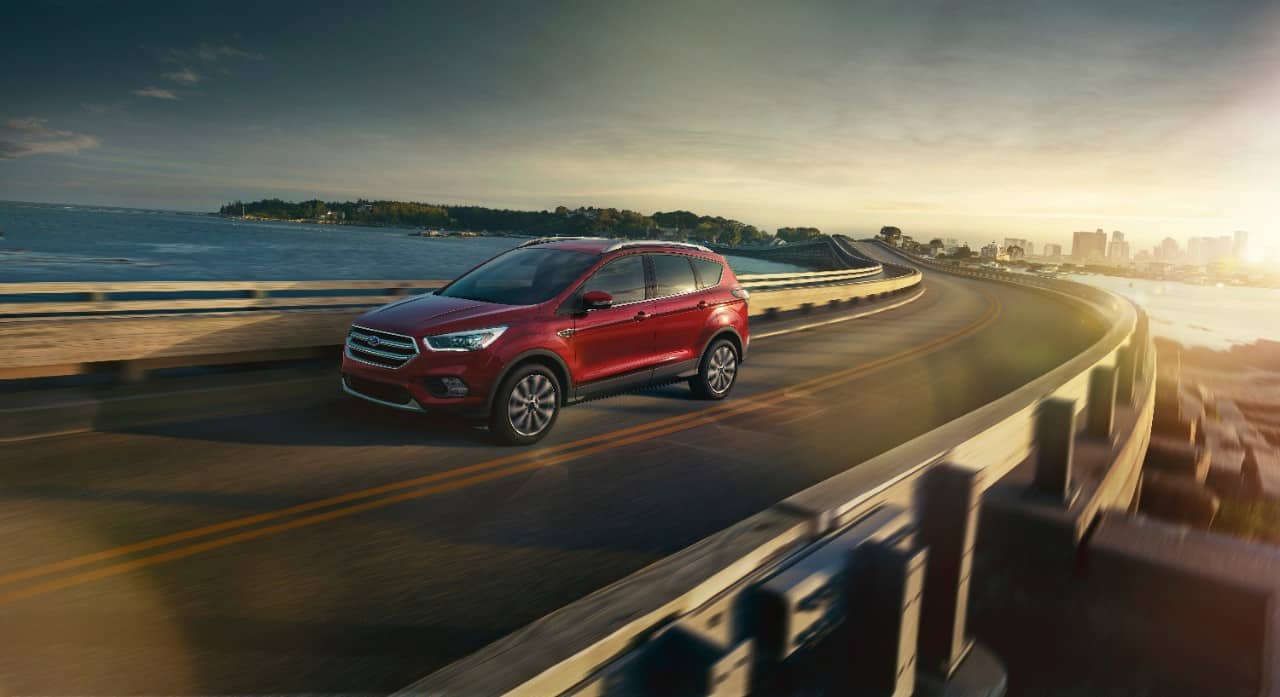 If you’re a vehicle lover who spends a lot of time on the road, you’ve probably seen a lot of Ford Escapes.

They have certain characteristics, yet they appear to be rather distinct. There’s a simple reason for this.

Ford Escapes are available in three different trim levels, each of them building on the preceding one and offering new functionality.

What’s The Difference Between the Ford Escape SEL and the Titanium?

Although Ford is renowned for its bulky, utilitarian SUVs, the Escape is elegant, has a pleasant, passenger-friendly cabin, and drives more like a sedan than other crossovers in its class. The popular SEL trim comes with a slew of convenience features, while the Titanium trim includes a few more to elevate the car to a higher level of elegance.

The Ford Escape SEL vs. Titanium

This features several aspects that will help in distinguishing the Ford SEL from Titanium using several Ford Escape features such as aesthetics features, safety features, interior features, what’s the overall performance, engine, and its performance among other enhanced packages.

The visual difference between the Escape SEL and Titanium is one of the most significant basic differences we can start by.

The SEL comes with black roof rack side rails as standard, giving it a distinct look.

On the other hand, the Titanium features standard silver-painted roof rack side rails, which adds a little of a shiny look.

This exterior feature helps bring the basic distinction between an Escape SEL and the Titanium.

As standard, the 2020 Escape SEL is equipped with a complete complement of safety features, including front and rear airbags and stability/traction control, as well as child safety locks on the rear doors and child seat.

As a standard feature, a rear, in addition, the SEL is equipped with front and rear seat safety belt minders, head restraints, a post-crash warning system, automatic high-beam headlights, and a reverse detecting system.

The Ford Co-Pilot 360 Assist safety suite is included in the Titanium grade.

For example, active park assist and adaptive cruise control and lane centering and evasive Lane departure warning and blind-spot monitoring are standard on both the SEL and Titanium grades.

Among the standard features on the Escape, SEL is a 10-way power driver’s seat as well as front seat heating, and Active Sliders are used for the second row of seats, which have 60/40 split seatbacks.

The rear seats feature air ducts that may be controlled independently.

Other amenities include a heated and leather-wrapped steering wheel, eight-cup holder points, an overhead compartment, and a 4.2-inch instrument cluster with panel illumination.

It has a rotary dial for shifting and power locks, windows, and mirrors.

In addition to the Ford Sync 3 system that comes as standard, the stereo features a total of six.

With a 1.5L EcoBoost engine and an eight-speed automatic gearbox, the Ford Escape SEL can deliver as an option.

A 2.0L EcoBoost engine with auto start-stop is All-wheel drive is available as an option.

The 2.0L EcoBoost engine is available as an option on the Titanium grade, but purchasers may also choose for the hybrid version.

221 horsepower and a continuously variable gearbox are standard on the hybrid are some of the new features that the Titanium accommodates.

A front-wheel-drive model of the Ford Escape comes standard on all trim levels and an intelligent four-wheel-drive type that is available on the SEL and Titanium models.

What are the engine options?

Whether you’re looking for a powerful 2.0L EcoBoost or a more practical 2.5L I4, you’ll be able to locate the power engine that will take care of your needs handsomely.

The luxury amenities available in all grades will appeal to those seeking a more elevated driving experience.

The SEL has a sporty appearance, while the Titanium has more luxurious features. The following are some key distinctions:

The SEL trim has a variety of useful items, such as alloy wheels that are 17-inch.

An optional turbocharged engine, softer frontal windows, and automatic headlights, as well as an automatic door pad, round out the Escape SE.

There are paddle shifters on the steering wheel, double automatic temperature control with rear ventilation system, an 8-way power adjustment feature and not forgetting the power recline to provide much-needed comfort to the driver, a rear central armrest, improved cloth interior, and a stereo system.

The Escape SEL, in contrast to earlier models, has several option packages as well as single choices available In addition to roof rails and LED daytime lights, the SEL technology package adds an SYNC3, rear parking sensor, as well as a touchscreen and nine speakers as well as blind-spot monitoring.

It warms front seats and the mirrors and.

Also included in this package are an eight-way power driver’s lumbar and a two-way power passenger.

It’s possible to add a power liftgate to the technology package if you choose, with the exception of the SEL; all SELs are qualified to start their engines remotely.

This package includes LED daytime lights, a half leather interior, a blacked-out exterior, and blacked-out 19-inch wheels on the SEL.

The Titanium navigation system and a sunroof are also available as stand-alone options.

SEL Titanium has all the features mentioned above and choices.

On top of that, a sensor is included in the motorized steering column and a keyless start.

Also included in the pot are memory settings to help the driver, ambient interior lighting, auto-dimming function, and an HD radio, and ten Sony audio speakers.

Add the sporty appearance package or the standalone options the Titanium shares with the SE to obtain every feature available on the Escape.

If you want to spice up your ride even more, the Ford Escape offers a variety of optional packages, depending on the model you pick. Below is a list of the packages available.

What Cargo Capacity Does a Ford Escape Have?

The Ford Escape has a load capacity of 68 cubic feet behind the first row.

The area beneath the second row has a capacity of 34 cubic feet.

What Common Colors Does Ford Escape Come In?

What is the Seating Capacity of a Ford Escape?

The car is more of a family-oriented car and can comfortably accommodate up to five passengers.

Although Ford is renowned for its bulky, utilitarian SUVs, the Escape is elegant, has a pleasant, passenger-friendly cabin, and drives more like a sedan than other crossovers in its class.

The popular SEL trim comes with a slew of convenience features, while the Titanium trim includes a few more to elevate the car to a higher level of elegance.

The 2020 Ford Escape has been entirely revamped, with an increase in overall horsepower.

As compared above in-depth, the SEL and Titanium trim should give you an eye-opening comparison that may give you just the edge that you may need to aid you in making the right car decision to cater to your car needs.