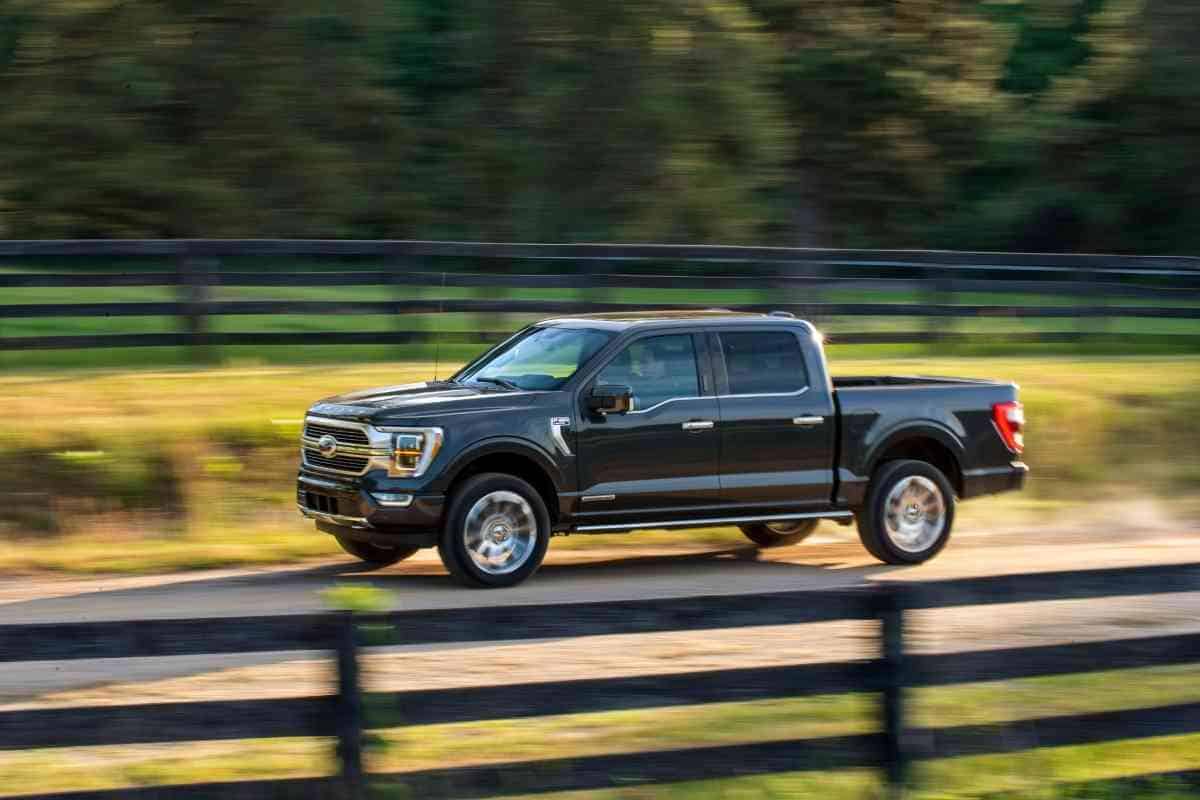 So you like diesel engines? There are plenty of options for diesel cars, but if you want a truck Ford is a great place to go. Not only do they make fantastic cars and trucks, but many of their vehicles have diesel engines.

Not sure if diesel is the engine for you? Keep reading to learn more about it! We’ll also go into more depth about each of the Ford diesel models and discuss the performance and reliability of each. Hopefully, you will be able to find the information you need to decide which Ford diesel truck is right for you.

In a gas engine, the fuel mixes with air and is then ignited by spark plugs. Unlike a gasoline engine, a diesel engine uses hot, compressed air to ignite the fuel. (Source)

You have probably heard a number of negative things about diesel engines. They aren’t very popular right now, but diesel engines have many advantages, you might not be aware of. For instance, they have:

The Ford F-150 is a standard Ford diesel vehicle with a 3.0 Power stroke engine is one of Ford’s most recent offerings on the front of diesel vehicles. While the F-150 has been around for quite some time, it has only been available with the diesel engine for the last year or so.

Despite this, the 3.0 Powerstroke seems to be a fine engine with only a few major problems. Considering the fact that it’s a newer model that’s still very much in the process of being tuned to meet expectations, this bodes well for the future of this particular variety of diesel vehicles.

The F-150 is great for anyone who doesn’t have the need for a large truck but likes the benefits of using diesel fuel. It’s ready for the market now, but if you want a more finished version of a diesel engine in this model you may want to wait a couple of years.

The F-250 is an established player when it comes to diesel trucks in the United States, but don’t let that fool you. The F-250 is not a very reliable vehicle. With an average yearly cost of ownership of 1,200 dollars, this vehicle will likely set you back the cost of over 10,000 dollars over the course of ten years of ownership.

That being said, the F-250 does have its upsides. As a mid-sized diesel truck, it has respectable stats, and if you can get one with 7.3 Power stroke engine that engine is unlikely to fail you. The rest of the truck may fail over time, but not the engine.

The F-350 is perhaps the least reliable full-sized truck on the market today. It has similar maintenance costs to the F-250 but also takes up more space. While it does only seem to have about the same number of problems as do other full-sized trucks, the F-350 tends to have far more severe problems than do its peers which end up costing significantly more to repair.

Along with these reliability issues, lots of people have complained about the F-305’s brakes, poor handling, and restricted rear-view visibility. These are serious problems with an already badly flawed vehicle.

On the other hand, the F-350 has all of the benefits of being a big truck. It has a large interior, a good towing capacity, and plenty of cargo space in the bed. Given, all of these things would probably be much more useful on a better vehicle than they would be on this one.

The F-450 is not a great truck for various reasons. It has really bad fuel efficiency (only 10 miles per gallon) and many of the same reliability issues as the smaller models of Ford trucks. It doesn’t even have as many trim options as the F-250 or F-350. The only saving grace it has is its high towing capacity, but that doesn’t matter as you can get a cheaper truck with better gas mileage that can tow the same amount of weight or more.

All of the trucks in the F-X50 line are available in diesel, but you probably get the idea of whether they are worth it or not. If you’re thinking about buying a diesel truck, you should probably just get something else. For instance, the Chevy Silverado 1500 is comparable to the F-450, but only costs 30,000 dollars and has a yearly maintenance price of 730 dollars.

Not only is it cheaper in the short term, but it also saves you money in the long term generally speaking. And what’s more, this is true of most non-Ford trucks. Purchasing a diesel truck from Ford is probably a mistake that if you make will be hurting your wallet for years to come.