Jeep Wranglers and fuel economy are usually not uttered in the same sentence. If you want to save money on gas, this isn’t quite the vehicle for you. But, it still doesn’t hurt to know how much money you’re going to spend to fill up the tank.

Part of the problem with Jeep Wrangler’s and fuel economy is the shape of the vehicle. Some people describe them as bricks on wheels. The lack of aerodynamic styling prevents the gas mileage from being considered “good” – which is generally 30 MPG or better.

But, it is the shape of the Jeep Wrangler that is so iconic, so changing it to improve gas mileage would take away the vehicle’s charm.

What is the Jeep Wrangler’s average gas mileage?

According to the manufacturer, the newest Jeep Wrangler – the JL – gets about 22 MPG in the city and 24 on the highway. This is the rating for the Sport version of the JL.

Keep in mind, there are several factors that can affect your gas mileage. It is rare for Jeep drivers to get anything near 22 MPG in the city. In most cases, Jeeps get city gas mileage in the high teens, and highway mileage in the low twenties.

How Has Gas Mileage Changed Through the Generations?

There are four generations of commercially made Jeeps: YJ, TJ, JK, and JL. Gas mileage improved as the generations expanded. Within each generation were different model years that also saw gas mileage changes as engines and transmissions changed.

The first generation, the YJ, came with two engine options. The 4.2L AMC inline-six and a four-cylinder. Neither had impressive gas mileage, but customers weren’t worried about it when that generation hit the car lots. Both engines got about 18 MPG on the highway. The six-cylinder had 14 MPG in town and the four-cylinder got 17 MPG in the city. These two engines never got over 180 horsepower, so you’ll never see a YJ driver hot-rodding around town.

But, horsepower improved on the six-cylinder, reaching 190 after engine tweaks from the manufacturer. The four-cylinder with a five-speed manual never got over 120 horses.

The 2007 third-generation Jeep, the JK, saw an increase of 1000 pounds over the predecessor. The increase in bulk would have decreased fuel economy if it weren’t for the more powerful engine.

The manufacturer added a sixth gear, to give the car more range on the highway. The first JK had two options, a four-cylinder and a 3.8L V6.

Eventually, Jeep discontinued the four-cylinder and made the 3.6L V6 the standard option. By 2012, this engine had 285 horsepower. The six-speed manual got 16/21 MPG, while the automatic lost a mile on the highway. These two sets were better than the original 2007 JK where the four-cylinder got 16/19 and the V6 got 15/18.

If they haven’t done any major modifications, most JK drivers get an average fuel economy of 18 MPG.

But, the best highway gas mileage comes from the mild hybrid eTorque system, which gets 270-horsepower and gets 17/25 MPG. The other JL models get either 17 or 18 MPG in the city.

How Do You Improve Your Gas Mileage?

All drivers should be concerned about the environment, and there are ways for all drivers to improve their gas mileage. If you want better gas mileage in a Jeep Wrangler, you should buy one with a manual transmission and a four-cylinder (if you are buying a used model).

With a manual transmission, you have more control over your fuel efficiency that you do with an automatic that relies on a torque converter to manage fuel economy.

You can also improve your gas mileage by using cruise control as much as possible. With an automatic, you can use cruise at any time. But, with the six-speed manual, you can only use it fifth or sixth gear. If you can cruise around 65 MPH, you will get the best highway gas mileage.

When you drive your Jeep in four-wheel drive, you use a serious amount of gas. While the Jeep Wrangler was built for four-wheeling, you shouldn’t be in it all of the time. If you are looking to improve your gas mileage, you should only use four-wheel drive when necessary.

Finally, to improve your gas mileage, keep your Jeep in tip-top shape. Get regular oil changes. Keep the tires properly inflated, and top off necessary fluids. If you take good care of your vehicle, you will spend less on gas and repairs.

What Add-ons Affect Gas Mileage the Most?

Anything that adds weight and reduces aerodynamics will reduce gas mileage. So, if you make changes to your Jeep, your gas mileage will change, too. Right off the lot, the Jeep Wrangler is heavy due to all of the steel used in the frame and the body. The four-wheel drive components also add to the surprising weight.

So, when you add pieces like winches and skid plates, the weight increases and fuel economy decreases. Jeeps with lifts, heavy-duty bumpers, and larger wheels and tires also see decreases. Roof racks aren’t as heavy as bumpers, but they only decrease the minimal aerodynamic qualities of the bricks-on-wheels.

If you add a kayak or a bicycle or two, watch your gas mileage drop more. Combinations of add-ons can put up to 1000 more pounds onto an already heavy Wrangler.

If you are looking to improve gas mileage, you should keep your Jeep lower to the ground. Do not replace the standard tires and wheels with beefy off-road tires. And do not install a lift kit.

Narrow, highway/terrain tires will improve your gas mileage, but they will not improve your off-road driving. But, honestly, if gas mileage is the most important thing to you, then you probably shouldn’t have purchased a Jeep Wrangler in the first place.

Should you use the hard top or the soft top to improve fuel economy? This is a tough question to answer.

The hard top has less drag, unless it is covered with bike or kayak racks, overhead lights, or other ornamentation. However, the hard top does weigh significantly more than the soft top – as anyone who has changed tops knows. So, while the drag decreases with the hard top, the weight changes. Highway fuel efficiency might improve with the hard top, but city efficiency won’t change much either way.

What About Engine Modifications?

There are a few things you can do that should improve your Wrangler’s gas mileage. If you drive an older model, like the TJ, you can upgrade the fuel injectors. If your Wrangler still has the original single-hole injectors, you can have newer ones install that have several holes. Keeping the injectors clean can give you an extra mile or two per gallon.

You can do wonders for your gas mileage if you completely change the engine. Some drivers make major modifications so they can use E85 fuel in their vehicles. There are also people who alter their engines so they can run their vehicles on recycled vegetable oil.

These are drastic and expensive changes that will alter the way your Jeep runs, but your fuel economy will improve. Remember that alternative fuels are not available at every gas station, so think long and hard before making major changes.

The easiest way to get the highest fuel economy is to drive with a soft and gentle foot. If you have a manual transmission, you should shift into the highest gear as quickly as possible to keep RPMs low. Do not tailgate, as that force you to step on the brake frequently. Do not “step on it” at green lights or on ramps.

Even though most highways have speed limits of 70 MPH, Jeep Wranglers get better gas mileage at lower speeds, especially around 65. City driving isn’t great, no matter what you do. But, avoiding a heavy foot will make a subtle difference. 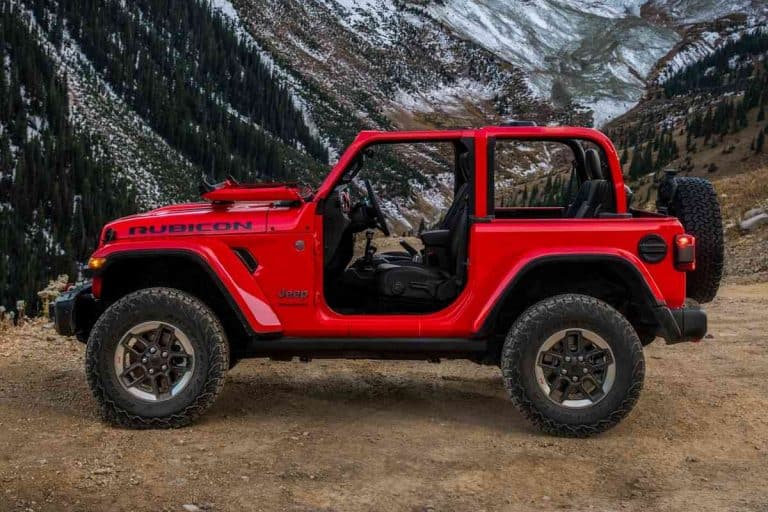 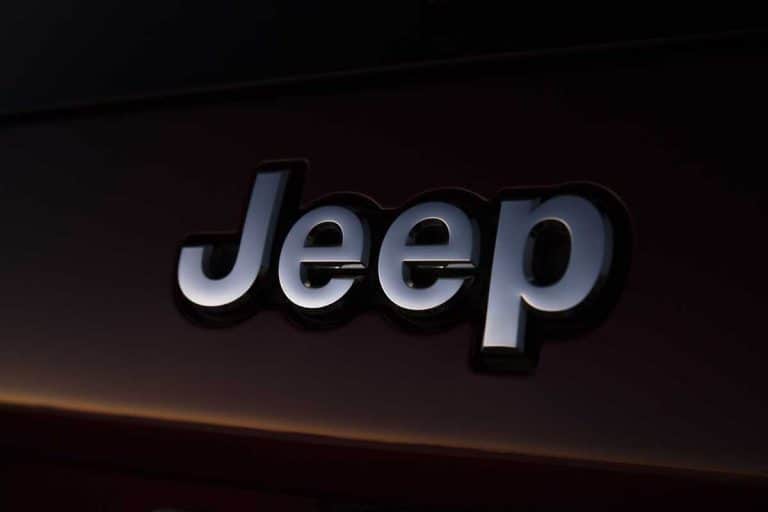 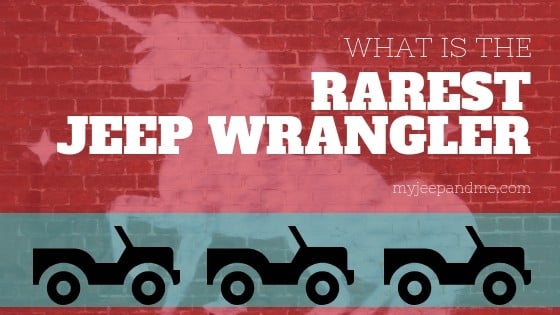 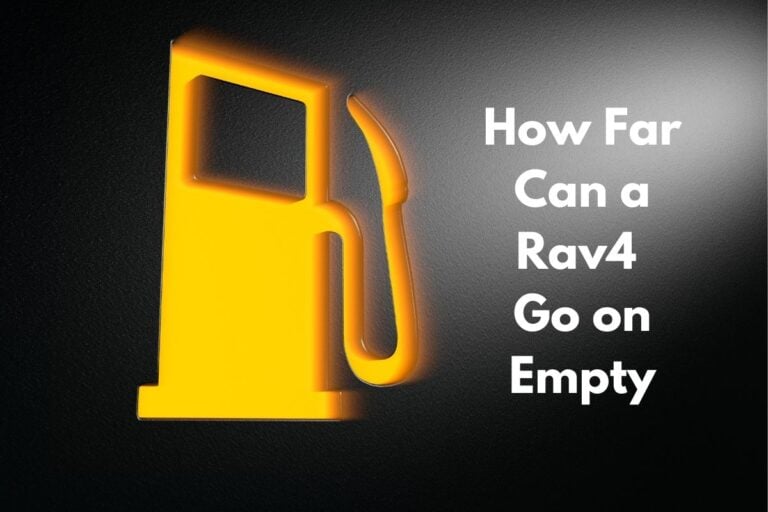 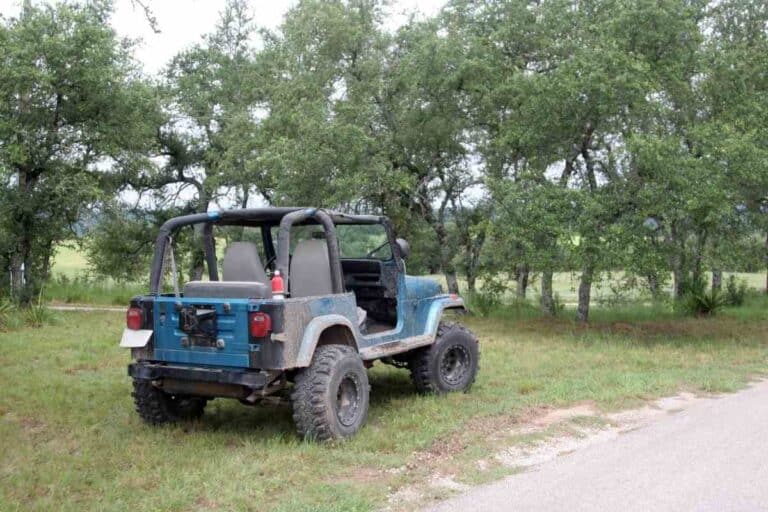