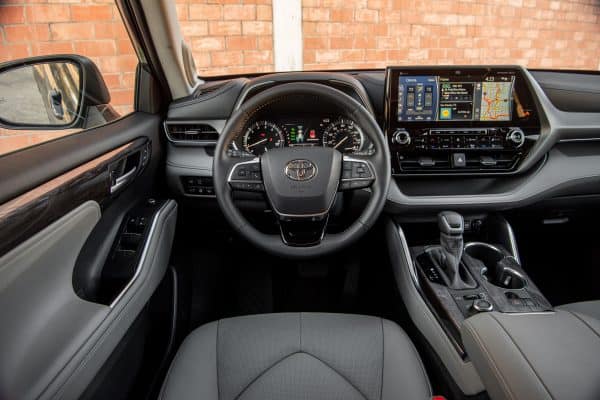 When you talk to different car enthusiasts, you will find that there is quite a split between those who prefer a digital speedometer versus those who prefer an analog speedometer. For some people, they do not put much emphasis on which speedometer their Toyota Highlander provides but for others it could make or break their experience.

Are you looking into buying a Toyota Highlander and are wondering if it comes equipped with a digital speedometer or an analogy speedometer? If so, you are not the only one. Let’s get started.

Does my Toyota Highlander have a Digital Speedometer?

To put it simply, it does not. Toyota seems to stick with the traditional analog speedometer for its vehicles. If you are a fan of the traditional method that is very visual then you might be happy to hear this.

However, if you were hoping for a more modern upgrade then do not worry. Even though the Toyota Highlander does not have a digital speedometer, it does offer a MID (multi-information display) in the instrument panel.

It is important to note that Toyota does list this option as part of The Limited Premium. As the name implies you can almost be sure that it will cost a pretty dime.

What is the Difference Between a Digital Speedometer and an Analog Speedometer? | Which is Better?

This has been a debate between car enthusiasts for many years, which is better: analog speedometers or digital speedometers?

The truth of the matter is, both of these systems get the job done. You will not be safer with one than the other so it does come down to a matter of preference.

However, those who are swayed strongly in one direction or another will argue against that. They believe that the right or wrong speedometer can make or break a, what would otherwise be, a great vehicle.

Let’s dive deeper into the debate.

Why Analog Speedometers are Superior

Many people are familiar with analog speedometers but for those who are not, analogy speedometers display the current speed of how fast or how slow you are driving.

With a traditional analog speedometer, it will show you the speed you are going in miles per hour or more commonly known as mph.

Those who prefer the traditional method argue that one of the biggest concerns they have with a digital speedometer is that it only shows one half of the information that is needed and that is the current speed.

The traditional method will show you both sides-the speed you are currently going at and the level of acceleration.

To only display one side of the information means it is not as accurate and it is a cause for concern.

With an analog speedometer, the needle will move either forward or backward depending on if you are increasing or decreasing the rate of acceleration.

Some drivers also can see this as a safety issue since you will most likely pay more attention to your digital speedometer than you will the traditional analog speedometers.

While most people think that a bright digital speedometer will make it easier for them to read their speed limit, some drivers would argue that the opposite is true. Especially if you are going fast on a highway, it is sometimes more difficult to read a digital speedometer.

To some, the needle sweep on a traditional analog speedometer is easier to view, track, as well as follow.

Why Digital Speedometers are Preferred

There is no denying that seeing a bright and clean digital speedometer on your dashboard does make the vehicle feel more modern and clean.

Those who prefer a digital speedometer argue that not only is it more visually pleasing but that it is also more accurate as well. Sometimes in older analog speedometers, the needles will stop working and that can cause an array of trouble.

Especially if you are in the middle of driving or are in an area where you cannot get your speedometer fixed right away.

There is also the peace of mind of not “guessing” how fast or slow you are going, but to see it and know. For most drivers, they do not care whether they are going 70 miles per hour or if they are going 69 but for others, they still want to know.

When you are driving, the last thing you should be is distracting. So if you feel you are going a bit faster or slower than traffic and you want to take a glance at your speedometer, you do not want to spend more than a second looking at it.

For a digital speedometer you can see right away how fast you are going, and then turn your full attention back to the road. However, if you find it hard to read your analog speedometer (whether it is because it is difficult for you to navigate or because it is harder to see) then this could cause problems down the line.

Drivers also love how simple it is to customize your digital speedometer. Nowadays, not much is one size fits all so you can adjust your display layout to best suit you.

Another great aspect of a digital speedometer is the ability to quickly and efficiently switch between miles per hour (MPH) and kilometers per hour (KPH) when driving.

Once again, this is great because you will not have to strain your eyes to look at the small kilometer markings on your traditional analog speedometer dial.

The Takeaway| It all Comes Down to Preference

When it comes down to whether the Toyota Highlander has a digital speedometer or analog speedometer, it seems as if, right now, the company is sticking to the traditional analog model.

While this might upset some drivers, especially those who prefer the look and aesthetic of a digital display, others are quite happy.

If you want to know your specific speed then that is something only a traditional analog speedometer can let you know. However, Toyota does offer its MID (multi-information display) which seems to be their way of keeping it neutral.

Although it seems as if Toyota is sticking with the traditional analog speedometer there is no saying if they will switch over to the digital if the demand is high enough. Or maybe, they do not feel the need to change something that has been working and will continue to work.

link to Is It Worth Getting A 2WD Truck?

Are you looking to buy a new or used truck? There are so many factors to consider when shopping for a truck that the process might challenge you. Everyone needs a truck that meets their needs on and...

Continue Reading
link to Is All Wheel Drive Better Than Front Wheel Drive?

The drivetrain is one of the most important components of a vehicle. There are so many differences between all-wheel and front wheel drivetrains, and the one you go for will depend on your driving...