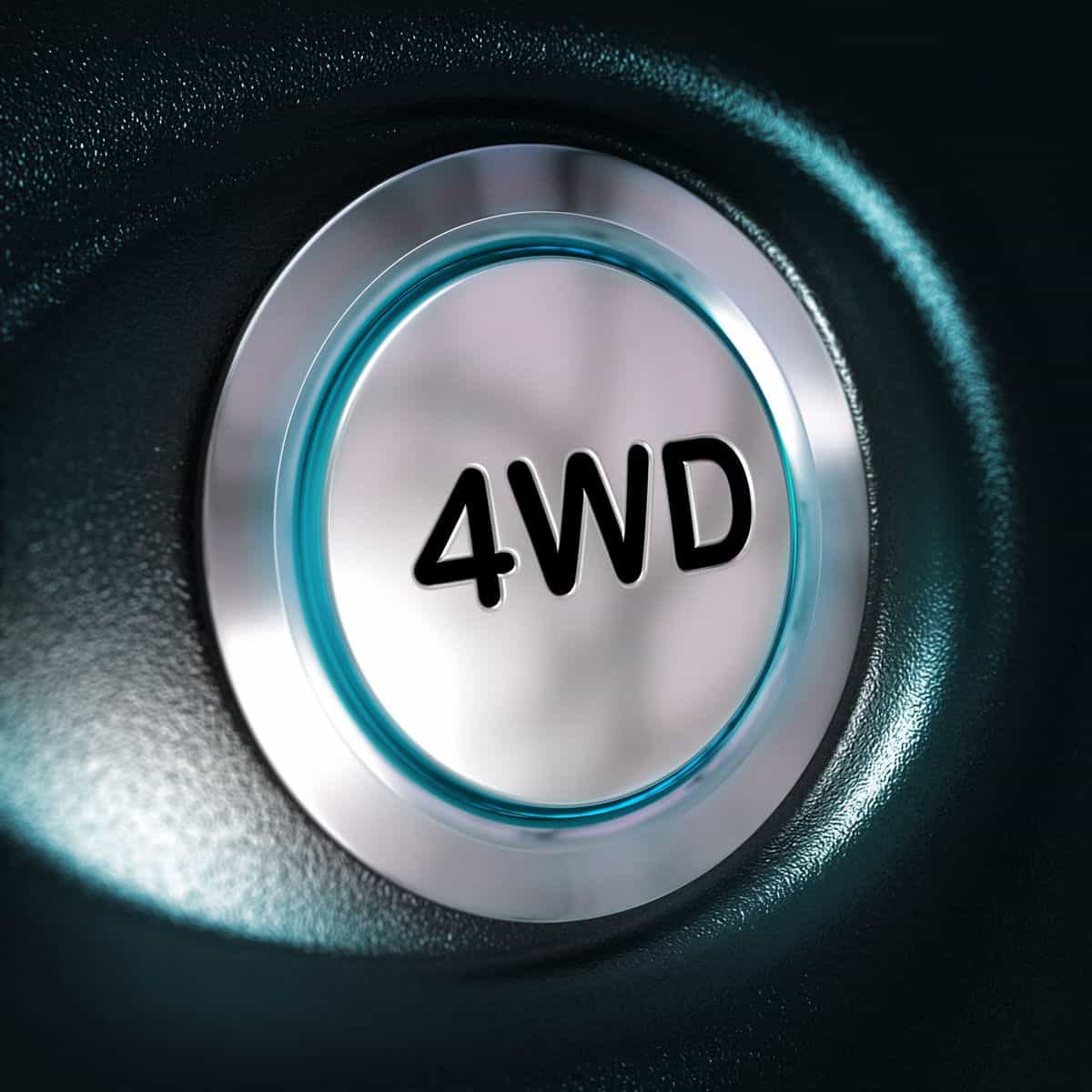 If you are a car owner, you know that having good fuel economy is such an important part of any vehicle because you will overall spend less money on gas if you get good gas mileage. That said, there are some slight differences in the way that you handle your vehicle that can bring your fuel economy up or down a little. One of these things is whether you use four-wheel drive or not.

The reasons that four-wheel drive gets worse gas mileage make sense when we look at how it all works. While four-wheel drive, unfortunately, gives a vehicle fewer miles per gallon, there are a lot of reasons to not discount it when buying a new vehicle, so keep reading to learn more.

Four-wheel drive is a feature that’s usually installed in larger vehicles like trucks, SUVs, and All-Terrain Vehicles. When turned on, this feature transfers torque, the power that turns the wheels, from the engine to the transmission. This extra power is then applied to all four wheels instead of just the two rear ones.

Four-wheel drive is there to get cars out of places that they might be stuck in, or help them stick to a road that might be causing them to slide. When a car is stuck in mud or snow, the back wheels will just turn endlessly without moving the car because they have no traction

. When you engage four-wheel drive, the front wheels are usually able to find traction and pull the car back on the road. At that point, all the wheels can get a good grip and help maneuver you into the right position.

This is also useful for icy roads in the winter. When roads are slippery, it is a good idea to turn the four-wheel-drive on because even if the back tires slip, the front ones are prepared to keep the car on the road and move the vehicle out of the slippery spot. This makes for safer driving in the winter, especially on hills and rough roads.

The first major reason that you have a worse fuel economy when using four-wheel drive is that the car is heavier due to the extra equipment used to operate the four-wheel drive. Typically, only the back two wheels have the mechanics to roll independently of the movement of the car.

With four-wheel drive, there is twice as much equipment needed because the vehicle needs to make all of the wheels turn when the driver presses on the gas pedal.

This extra equipment increases the total weight of the vehicle and that can be a problem when it comes to fuel economy.

When a vehicle is heavy, it takes more power from the engine to get it moving, which ends up using more fuel.

When a vehicle is lighter, it gets better gas mileage because there is less weight to move, which requires less power from the engine. Overall, this uses up less fuel and increases your gas mileage.

The extra weight from the four-wheel-drive equipment is not substantial enough to use up a significantly higher amount of fuel, but it can add up over time.

The extra weight is not something that gets turned on when you use four-wheel drive and turned off when you stop using four-wheel drive; it is always there and it always affects your fuel economy.

When there is more mechanical resistance, it takes more power to get the vehicle moving. As we have mentioned before, when the engine has to exert more power, it uses up more fuel.

This is a problem when it comes to your fuel economy. While four-wheel drive is not used very often when you are driving on paved streets, if you find yourself driving to places with difficult terrain or you live in a place that gets a lot of snow, you will probably use four-wheel drive a lot more often. This will cause your fuel consumption to increase.

Should you get 4WD?

Now that you understand the details of four-wheel drive, should you consider getting it? This all depends on your situation.

If you live in an area that gets a lot of snow or rain, or if you live in an area with few paved roads and more dirt roads, then you might want to seriously consider getting a car with four-wheel drive because you are more likely to be in a situation where it would be helpful.

If you live in an area where the roads are paved, there are few steep hills, and the weather is pretty agreeable, then maybe four-wheel drive isn’t for you. If you get it, then you might not ever end up using it and the extra money spent on it will not have been worth it.

The amount of extra fuel it uses is not enough to discount it completely, but if you don’t need it, then don’t worry about finding a vehicle with this feature.

link to What SUV Can Hold 9 Passengers? (Solved!)

Having a big family can be difficult, especially when driving. Getting a good, sturdy car that can fit everyone is a must. That is why we found out which SUVs are capable of holding 9 passengers....

Continue Reading
link to What is the Difference Between Chevy Blazer RS and Premier (Explained!)

Anyone who has driven one of the 2021 Chevy Blazer models knows that it is a great car that is comfortable to drive and has decent gas mileage. However, many people wonder about the RS and Premier...