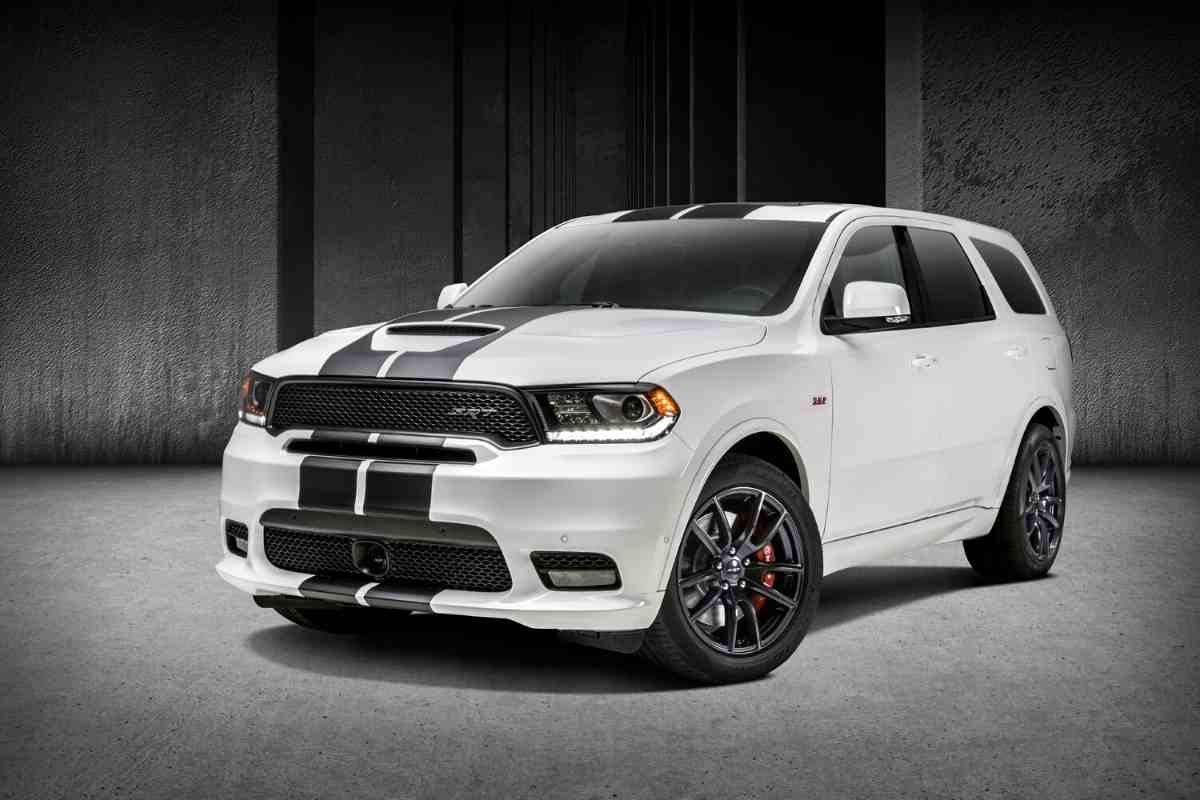 The Dodge Durango is a versatile vehicle designed to handle a wide range of conditions. From flat, city streets to rain and snow to driving off-road, the Durango is built for it all. Even though the Durango is advertised as an all-terrain vehicle, the purpose of this article will be to look at how snow affects the Durango and not just how it handles on the road.

Is the Dodge Durango Good in Snow?

Overall, the Durango performs well in the snow for city driving, but drivers should be cautious if driving in heavy snow and off-road because these cause the performance of the Dodge Durango to suffer.

This is the quick summary, but there is so much more to know about the Durango. Keep reading to get the rest of the story.

One of the main aspects of the Durango to review is its All Wheel Drive (AWD) system. The AWD system is a superior system than 4WD that is backed up by plenty of consumer reviews.

But what about its other systems? We have compiled a whole list of features to review besides AWD to get a truly comprehensive answer to how well the Dodge Durango operates in the snow:

The basics of the Dodge Durango’s AWD system is that whenever you lose traction over slippery roads caused wintry conditions like ice, snow, and sleet the system provides instant feedback to correct the wheel that needs more power. For Durangos with a V8 engine, AWD features a low range option too for maximum protection.

When utilizing the low range option on a Dodge Durango, the front and rear driveshafts are locked together by forcing all the tires to rotate at the exact same speed.

Doing so is really simple and can be controlled by the driver with one flip of a switch. However, it should be noted that this is only for winter conditions, and driving over a hard, dry surface will severely damage your vehicle.

The Durango AWD system also comes equipped with Electronic Stability Control that helps control output when making turns and adjusts as necessary to keep the vehicle on the road.

This feature goes hand in hand with the Anti-Lock braking systems and brake assist that help you keep control in severe conditions before spinning out and providing more power as necessary to unlock stuck brakes.

Why AWD is Superior to 4WD

The main difference between AWD and 4WD is that in AWD there is a computer inside the car which can detect which wheels are slipping and provide power to that wheel using one of three different differentials.

This differs from 4WD in that there are only two differentials that make all the wheels turn at the same rate. Doing so is not good for driving in snow since if the wheels spin at different rates it could not only damage the drive train but cause you to lose control.

The AWD system always remains engaged as well which means some sensors are constantly scanning the system to make sure every wheel is turning properly. 4WD has to be turned on manually which could cause a potentially serious delay and come to the same disastrous results.

However, AWD cannot drive off-road as well as a 4WD vehicle because there would be too much unevenness for the wheels to accurately tell which one needed more power. But if you are driving through the snow while on pavement this should not be an issue.

Therefore, if you are intending to do a lot of off-road driving in the wintertime, getting a 4WD vehicle like a Ford F-150 might be a better option. Also, if you need to tow heavy loads the AWD system lags behind a 4WD system because the constant jerking and moving of the load can confuse the AWD system more than a 4WD one.

The bottom line is that if you intend to drive your Dodge Durango over pavement covered in sleet, ice, and snow its AWD system would be great. But if you want to go off-road and do some serious towing you might want to look elsewhere.

The Dodge Durango comes equipped with a robust ABS system that allows drivers to break in almost any condition: including snow.

What the system does is prevent the wheels from locking and allows you to have more control if you need to brake quickly. It could be automatically triggered by wintry conditions if it detects the wheels slipping.

The ABS system in the Durango also performs a self-check every time you get in the car, which might make a slight clicking noise. That way you know every time before you drive in snow your ABS system is engaged.

When you buy your vehicle, you have the option of installing rain-sensing windshield wipers.

These will automatically engage anytime something hits the windshield and are activated not only by rain but snow and dirt too. These provide an enhanced vision for driving in the snow especially if you hit an unexpected snowbank.

The Durango has a mixed air mode which helps to defrost the windshield whenever it gets fogged up, a common problem in the snow. However, if the intakes get too covered in snow this will decrease the performance.

The only way to fix it is to get down and unclog the intakes by hand.

Durangos come standard with a liftgate that operates automatically. However, the automatic liftgate on the back of the Durango will not work in temperatures below -30 degrees Fahrenheit. The gate also will not work with too much snow on it.

The Blind Spot Monitor is a crucial sensor made with driver safety in mind. It allows you to detect if something is in your blind spot.

Drivers have reported that these often do not work when they get covered in snow. This could cause dangerous driving conditions, especially in heavy traffic.

The Tire Pressure Monitor is a vital sensor that alerts you to if your tires are losing pressure or not. This is critical since the loss of tire pressure could mean that your tire is going to fail pretty soon.

Snow often makes this system go into a critical fault that stops the signal altogether.

Cruise Control provides a way to control speed, especially for long, highway drives.  But driving in snow for the Durango does not allow for it because it becomes too dangerous.

Parksense is another driving aid that helps you look for people behind you while parking. Just like for other sensors, if these are blocked they become useless.

It is not advisable to attach a snowplow to your Durango since it is not equipped for it and this could block the proper deployment of the airbags. Many people also complain that the tires which come with the Durango are inferior for driving in the snow.

It is also advised by Dodge themselves to get new tires specifically made for the winter since the tires do not come stock with the vehicles.

Dodge also recommends that in temperatures less than 40The Dodge Durango also provides great traction if it gets stuck in the snow. Drivers can create a rocking motion and put the AWD in low while slowly accelerating which can quickly get the vehicle unstuck.

Another tip offered by drivers has been to buy a separate set of rims and larger tires than normal for the Durango to handle better. There is a wide range of specialty snow tires to buy but the common consensus is that the ones offered by Dodge are inferior.

Most drivers also point out that the max safe speed in the snow tops out around 75 miles per hour.

The Dodge Durango is a great vehicle for all kinds of weather conditions; especially snow. It comes stock with numerous features in order to drive well in it.

Its AWD and ABS systems make it have superior performance compared to similar 4WD vehicles. It also a lot of features to enable it to perform well in the snow like ABS, rain activated wipers and others.

One of the main drawbacks is that a lot of the safety features which depend on sensors are severely limited in snow. They become blocked and no longer function.

The Durango also performs best on flat roads with snow and ice. If you are driving off-road or towing, the performance of the Durango suffers greatly.

Overall, the Durango performs well in the snow for city driving, but drivers should be cautious if driving in heavy snow and off-road because these cause the performance of the Dodge Durango to suffer.