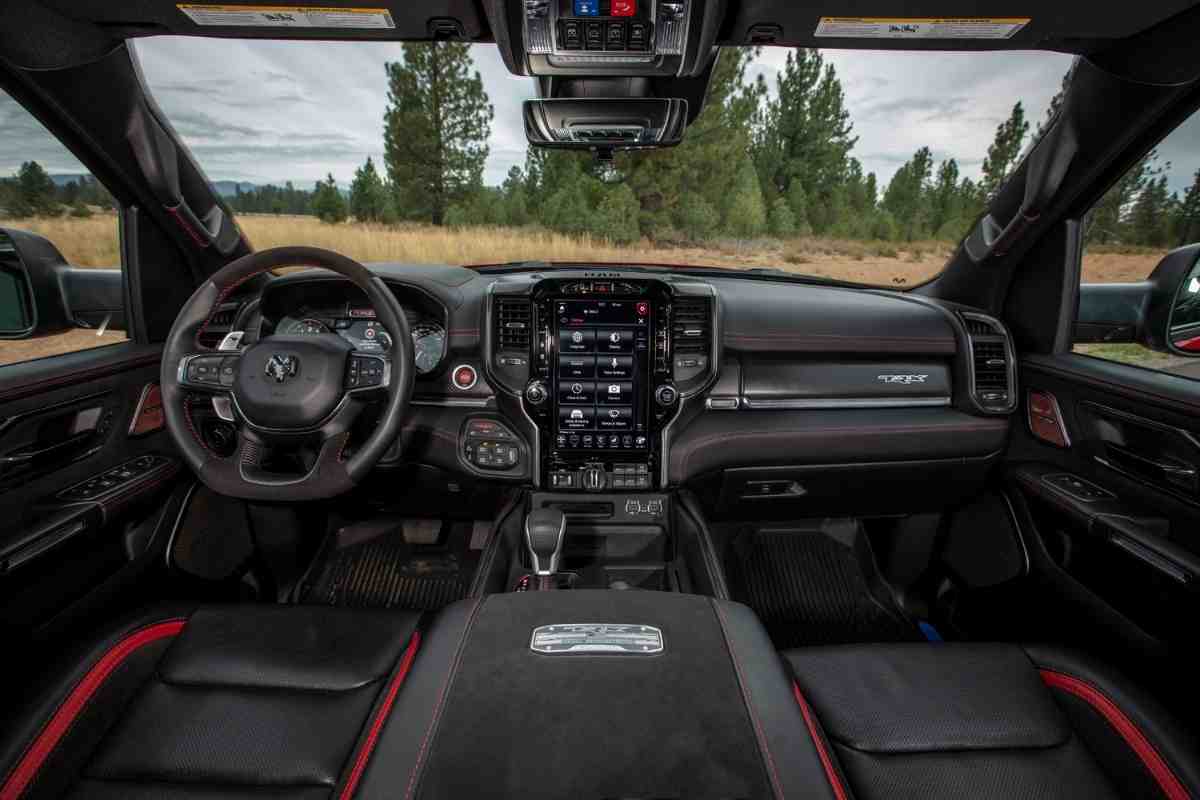 If you are preparing for a long road trip and need a vehicle that can fit a good number of people, and a large bed in the back to carry everything, then a truck is probably what you seek.

There are a lot of options out there for six-seater trucks, with four doors, two doors, huge and big and fancy, or smaller and practical trucks, you just need to find the right deal for you and your needs.

The average cost of a general Nissan Titan is $36,000 to $50,000. Keep in mind that these trucks are brand, brand new, so the cost is slightly pricey. Used Nissan Titans (and these don’t look horribly used) are around $25,000 to $36,000, sometimes even more, but that only applies to the new arrivals of “used” trucks.

The Nissan Titan brands are named after the Titans from Greek mythology and are as big as their namesakes. They provide both Crew cab and King cab, which only that one has more “wiggle-room” than the other. The Crew cab is the roomier kind, and the King is slightly closer.

This also means that there are no back doors. It’s only the front doors you can independently open, and then you can open the half doors to the back in order to get in. The Crew cab has all four doors.

Also, there are different bed sizes for the truck, depending on the kind of cab you have. With the King cab, it has a 73.3-inch bed. The Crew cab has a shorter bed, 59.5 inches. (Source) The Crew cab does have a longer version, called the Crew Cab Long bed, and it’s the exact same bed size as the King’s cab bed size.

If you so desire to get a truck from Nissan, the Nissan Website is here.

These trucks can carry from 9,000 to 13,000 pounds. The types of cabs they have are crew, double, and regular. The crew and double have options to have seats up to six, but the regular cab can only fit up to three. The regular has the least carrying/towing capacity at 9,000 pounds, but it has the most payload at 2,280 pounds.

The crew cab has all four doors and has two versions of beds, a long and a short. The long bed is 79.4 inches, and the shorter bed is 69.9 inches. The double cab also has four doors, and there is one bed size, which is the exact same as the long bed of the crew cab, 79.4 inches.

The regular cab only has the driver, passenger, and somebody to squeeze in the middle, thus only needing two doors in total. The bed size is the longest out of the three trucks, 98.2 inches.

The MPG of the GMC Sierra combined is 15 city/21 highway.

If you want to go to the GMC Sierra website to look for a truck of your choice, the website is here.

On both websites, they have places for you to basically create your own truck.

These options can be…

All of this is your choice and your decision to create and buy. So have fun if you want to do this!

For Nissan, they have some pretty good stuff for technology inside the truck. They can install a touch-screen in the middle of the front, or close to the driver’s side of the truck.

You can also download all of your favorite apps onto this program, so you can listen to books or music during very long car trips at any given point of the day. And also, the all-time favorite, answering calls while you’re driving, without actually getting your phone. So nice!

There are actually two different kinds of this type of technology. One is largely for apple phones, and the other for androids, so your truck can be equipped with whatever is more convenient for you.

The apple one is called Apple CarPlay, and the android one is called Android Auto. Siri, Alexa, or Google are also able to heed to your requests if you don’t want to manually choose and take your eyes off of the road for more than a second or two.

There are charging and outlet ports as well that can be accommodated into the Nissan Titan. There are three different kinds, one is the wireless charging, which is simply where you let your phone rest on a charging pad. The second is a USB-A and USB-C ports, and the third is a 120-V outlet.

If you are a music person, Nissan Titan has the perfect solution to make it an awesome, musical drive. This option is a 10-speaker audio system that is placed all over the car, so you can listen and literally feel surrounded by music.

On the GMC Sierra, there are quite a few storage places, and on their website, they advertise three. There is seat storage, under-seat storage, and front storage for those who are chilling up in the front.

link to What Diesel Truck Can Tow the Most?

If you are anything like the average truck owner, you will undoubtedly be using your truck to tow things fairly often, and for that, you need a truck that can handle a lot of weight. You might be...

Continue Reading
link to What Truck Can Be Flat Towed?

Flat towing trucks is the easiest way to get them places aside from just driving them. That's why it's a shame that a lot of trucks can't be flat towed nowadays. Any truck with a manual...