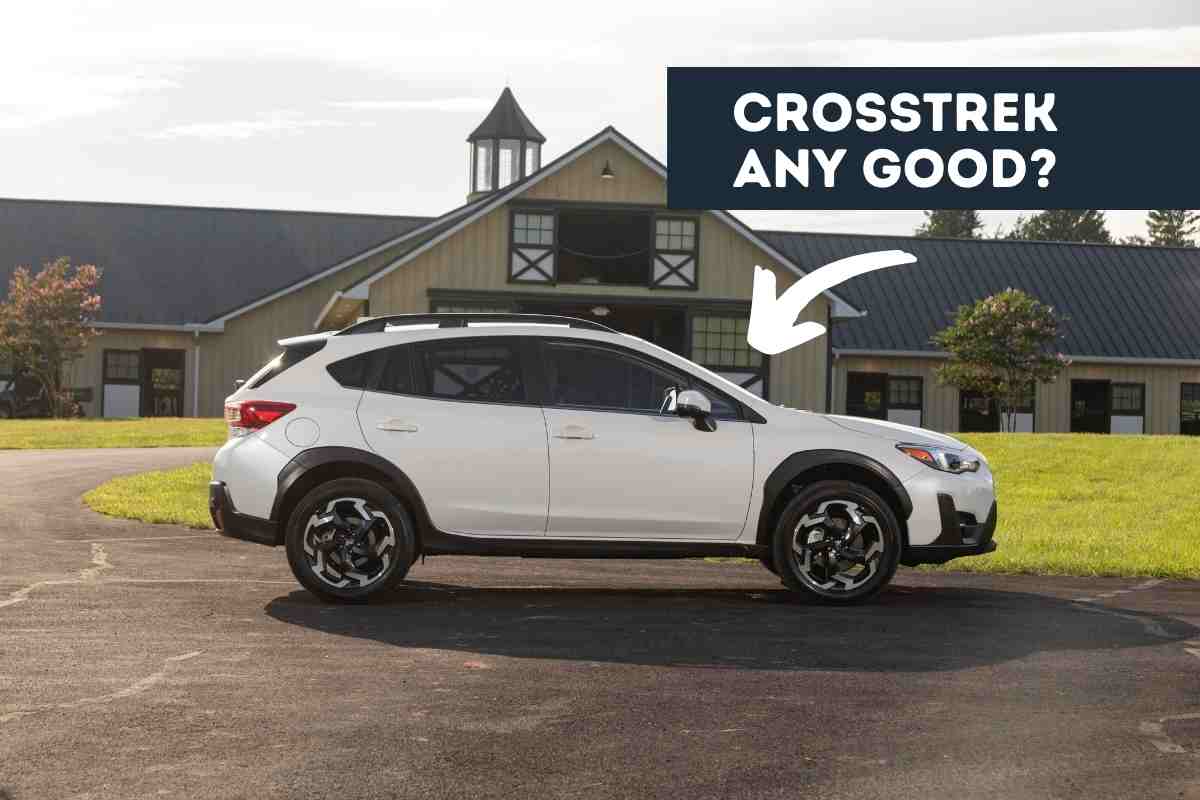 Subaru unveiled the Crosstrek in 2012. At the time, it promised to deliver the handling and performance of the legendary Impreza with greater ground clearance. Like its predecessor, the Outback Sport, it became an excellent option for those looking for a small SUV crossover to tackle challenging terrain.

Though Crosstrek sales have increased, it’s not the most popular of the Subaru lineup. Still, many people wonder what the best years for the Subaru Crosstrek are. We’ll dive into this question and more in this article.

What are the best years for the Subaru Crosstrek?

The best years for the Subaru Crosstrek are the 2019 and 2020 models. However, if you include the previous generation, then the 2015 model is also reliable.

These are the best years for the Subaru Crosstrek because they have shown the least amount of issues. In addition, magazines like Consumer Reports show high-reliability verdicts and owner satisfaction.

Still, it’s important to note that the Crosstrek hasn’t enjoyed a reputation for reliability. So, if you’re looking to buy one of these, keep in mind that almost all model years have issues. To avoid confusion, we’ll dive deep into each generation and see the most common problems.

Also, there are two Crosstrek generations, and they have different names. The first generation was called the XV Crosstrek and ran from 2012 to 2016. From then on, Subaru dropped the XV, and it’s now called the Crosstrek.

So, we’ve seen which are the best years for the Subaru Crosstrek. Now, let’s look at each generation and the models to buy and avoid.

Also known as the Subaru XV Crosstrek, the first-generation Crosstrek came out in 2012, and it offered only the 2.0L Boxer engine putting out 148 hp. It came loaded with extras, such as an advanced infotainment system. Plus, it included a symmetrical all-wheel-drive system and other features.

In 2014, Subaru released a Hybrid model for the US market. This model had better fuel economy, by about 11%, and included trim levels distinct to the regular XV Crosstrek models.

What years are the best for the Subaru XV Crosstrek?

The best year to buy a Subaru XV Crosstrek is the 2015 model. It has shown the least amount of issues across the entire generation. In addition, Consumer Reports highlighted that this particular year has the highest reliability verdict of all XVs. Still, it’s only a 3/5, with owner satisfaction reaching a 2/5, which is low.

According to Car Complaints, frequent problems include interior accessories and electrical issues. So if you’re looking to buy a 2015 Subaru XV Crosstrek, be sure to check the interior, as well as braking and steering. Unfortunately, these can also be trouble spots for the entire generation.

Now, let’s take a look at the worst years for the Subaru XV Crosstrek.

What are the worst years for the Subaru XV Crosstrek?

The worst years for the Subaru XV Crosstrek are the 2013 and 2014 models. These have shown subpar reliability verdicts on Consumer Reports, especially the 2013 model. Also, they have 2/5 in owner satisfaction.

According to Car Complaints, the 2013 model has severe steering issues. Also, it presents wheel bearing failure, which can lead to unresponsive handling and excessive tire wear. As a result, the 2013 model has the dubious honor of earning the ranking of Worst Model Year on this website.

The 2014 model has shown fewer issues. But, some of the problems can be pretty serious. For example, there are several reports about transmission and engine problems. Another issue is wheel bearing failures we mentioned before.

The second-generation Crosstrek came with increased ground clearance and a more powerful engine. A significant change was the upgrade to a six-speed manual transmission, which gave the vehicle excellent handling and a sportier feel. Those models with the CVT transmission also came with the Eyesight driver aid system, starting in 2019.

In 2018, Subaru also added a hybrid for this model. The plug-in version has improved range and better fuel economy. Still, both gasoline and hybrid options have earned a reputation for lacking power.

If you want a car that wows you in acceleration, perhaps this isn’t the right one for you. But, if you’re looking for one, let’s find out the best years for the second-generation Crosstrek.

What are the best years for the Subaru Crosstrek?

In contrast, Car Complaints reports that the 2018 Crosstrek has shown the most issues. This model year has shown suspension issues which can lead to shaky handling, especially in roads with less grip.

Considering these factors, we can say the best years for the Subaru Crosstrek are 2019 and 2020. Still, this is a vehicle that has historically had reliability issues. So, keep this in mind if you’re looking to buy one.

Now, on to the other side. So, let’s discuss what the worst years for the Subaru Crosstrek are.

What are the worst years for the Subaru Crosstrek?

The worst years for the Subaru Crosstrek are the 2016 and 2018 models, with the 2017 model close behind. These have shown the most issues on Car Complaints, plus they have had the lowest reliability verdicts on Consumer Reports.

As we mentioned before, the 2018 model has the most issues. So, it falls sort of in-between, as some review with high scores and others with many problems. As for 2016, it does have low-reliability verdicts and a considerable number of issues.

One of the most common problems in the 2016 Subaru Crosstrek relates to steering. Users have reported that it pulls to one side, even at low mileage. Also, many have said that the windshield cracks with ease. This is a common problem with Crosstreks across all the years.

The Subaru Crosstrek came out as a rugged alternative to the Impreza. Both vehicles share the platform, but it has more ground clearance. So, it’s a popular option, and many people want to know what the best years are for the Subaru Crosstrek. In this article, we explained that the Crosstrek has shown reliability issues all across the years.

While the Subaru Crosstrek is a fun car that can take you places other small crossovers can’t, it’s also prone to have issues. Keep this in mind when you’re looking to buy one. Hopefully, you can find a Subaru Crosstrek that suits your needs and delivers accordingly.