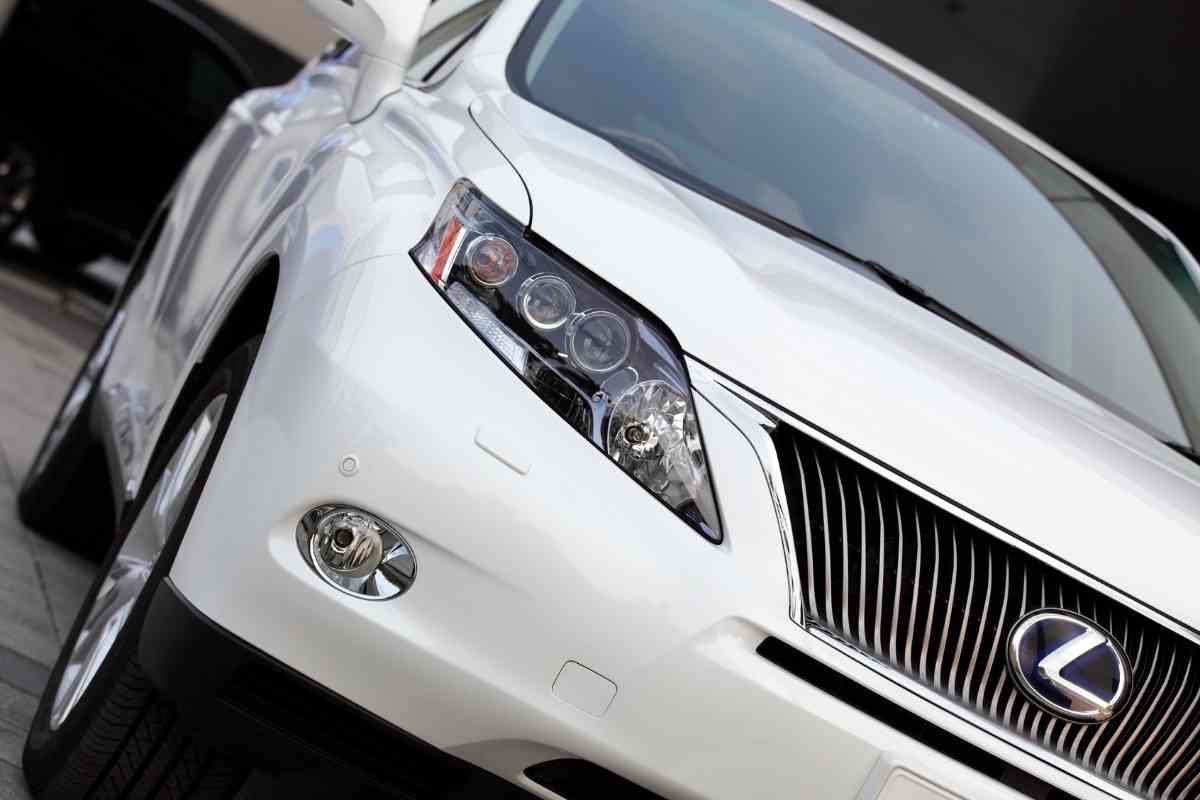 Lexus LX is regarded as a reliable SUV for two main reasons; it’s Toyota’s luxury brand, and it has been used and tested by users over the years, winning their trust.

LX is also known for its stylish design, peppy performance, and stunning off-road capabilities. Besides, settling for a used LX is a clever way of buying a budget luxury SUV as it is relatively cheap to maintain.

The LX does not have a history of significant breakdowns; hence you can predict its reliability, meaning you can use it for a long time without the risk of hefty unexpected repairs.

What Are The Best Years For The Lexus LX?

In this review, you will find the best years to buy a Lexus model. We pay close attention to the cost of ownership, which factors fuel, insurance, repairs, and depreciation rate.

They are essential factors to consider when buying a used SUV, especially in the U.S. Besides, we think about tech features, safety, performance, interior quality, and overall vehicle performance.

It is important to note a Lexus LX will not demand special fuel to avoid engine problems. Here are the best Lexus LX models to consider.

The LX 450 is nothing more than a pimped Land Cruiser J80. It came with all whistles and bells, and there is nothing wrong with that.

If you are looking for a vehicle for extreme off-roading with a touch of comfort, LX 450 is your best bet.

It comfortably adds to Toyota’s list of reliable rides, reasonably comfortable, and a luxurious interior.

It does not offer some breathtaking tech features, but you will enjoy having a functional A/C and a sunroof for some models. A used LX 450 is relatively cheap to acquire, but these are underpowered.

They come with a 4.5 little engine offering 215bhp, which is low for a vehicle its size.

Japanese automakers are feeling the heat, and as a result, they are discrete with what they offer the market these days.

High costs of production, stiff competition, and lowering their sales figures are reasons to re-invent ways of doing business to survive.

As a result, they chose badge engineering as opposed to contending. The result was the birth of the Lexus badge, and they decided to produce a luxury SUV.

Having established a legendary name under Toyota Land Cruiser, they infused the same DNA into the LX 450.

The LX 450 comes in futuristic headlamps for a vehicle its age, standard alloy wheels for all models, and Toyota’s 4*4 systems. Inside, you will be greeted by lasting leather and wood panels.

Besides taking it for a spin, you will marvel at the fantastic suspension offering better ride comfort both on the pavement and off-road.

More standard equipment was added to the vehicle to fit it into the luxury SUV segment. Such features include:

The engine is a straight-six 4.5 litter producing 215bhp, and a four-wheel antilock disk braking system is offered as standard in all models.

Besides, it can tow over 5,000 pounds and runs a permanent four-wheel-drive system with an option of differential lock for better traction.

As such, LX 450 can drive their vehicle in any weather or driving conditions without breaking a sweat.

Besides, the car comes with dual airbags and adjustable front seats come standard in all models.

Lexus LX450 is one of the cheapest used SUVs to maintain; thus, do not expect sudden breakdown when maintained well.

You can trust the vehicle to serve you for years without having to overhaul the engine or gearbox.

Besides, its cost of insurance and routine maintenance is way cheaper than other vehicles in its class.

The LX 470 is known for its stunning 4*4 capabilities, thanks to its locking differentials.

Settling for the vehicle gives you the freedom to drive through any terrain, whether in snow or swampy roads.

It does not have any engine or transmission issues to report about, making it a budget luxury SUV of choice.

Lexus is generally known for its emphasis on luxury and longevity, making it popular among off-road enthusiasts. Hence, acquiring one gives you peace of mind, both in maintenance and drive quality. Its direct competitors are Infiniti QX4 and the Lincoln Navigator.

Besides, a used LX 470 does not come with a hefty price tag in maintenance or the cost of acquisition.

Instead, it offers standard luxury features like heated seats and mirrors, a smooth music system, and comfy leather seats.

The luxury SUV comes with a 4.7-liter V8 engine producing a staggering 230 horsepower.

Besides, the LX 470 has reduced tire noise and is roomier, accommodating tall passengers and drivers with ease.

You will find eight cup holders to cater for all its eight passengers, making it more practical. We do not have any known common problem with the LX 470 unless the isolated cases of neglect.

Thus, we can comfortably recommend it as a good buy if you want some old-school thrill and comfort.

The LX 470 2003 saw a few exterior upgrades, giving it a more modern look, with a complete interior overhaul.

Besides, it received a new five-speed automatic gearbox replacing the four-speed unit.

Also, it received some technological upgrades such as navigation and backup cameras.

Again, their bodies were built by ARACO, known for being high quality and resisting rust.

Lexus decided to distance the LX 470 from its all-new GX 470, and for this reason, they made many upgrades in the 2003 model.

The outside does not reflect any of the said changes except for the taillights, headlights, bumper, and front grille.

The overall mechanical condition is stunning as the five-speed automatic gearbox gives you a smooth ride and has no record of recurrent problems.

You can settle for the LX 470 2003 model for advanced features and assured reliability.

In 2006, Lexus introduced more notable changes to their luxury SUV. However, the big news was impeded in the variable valve time and more power.

The 2006 model produces 275 horsepower and has won many awards from Edmunds and J.D. Power for their resale value, power, reliability, and quality of the music system.

It beats its competitor’s hands down on the above parameters, making it the top choice to many second-hand car lovers.

Many people have attached a lot of negative stigma to luxury SUVs, but you cannot say the same about the LX 470 2006 model.

It is as efficient as a new one, thanks to its premium interior, smooth suspension, flawless gearbox, and powerful engine. Besides, its off-road capability cannot be doubted as it can take any rugged terrain without risking suspension failure or engine problems.

It is a perennial favorite for many off-road car lovers who desire a luxurious, practical SUV.

The SUV is well-balanced, offering safety, reliability, and tons of luxury features. Although the vehicle has been in use for over a decade, you can expect more service without needing significant repairs.

It is everything you could ask for from a luxury SUV as Lexus proves their reputation in this masterpiece.

In 2008-2010, LX went through a complete redesign, giving birth to a modern, stylish, and reliable luxury SUV.

For starters, it received a new 5.7-liter petrol engine producing 383 bhp and 403 lb-ft of torque.

The new engine gives it more towing capacity, getting to a high of 8,500 lbs.

Also, it received a new four-wheel system and suspension to boost its off-road ability.

The LX 570 is the vehicular proof there is no such thing as bad weather, only wrong clothes.

Whether you need to go through a storm, desert, or daily town driving, you can trust LX 570 to take you to the destination without the risk of failure.

It is always ready to accept new challenges with ease while maintaining its mechanical integrity.

Its six-speed automatic transmission mated to the 5.7-liter V8 engine gives you a smooth ride and strength, like the Toyota Tundra pickup. Besides, you will get an off-road crawl control feature to help you sneak out of sand or extreme mud.

The LX 570 beats its competitors hands down, thanks to its adaptive height suspension and electronics designed for decades without failure.

Thanks to the upgrade, LX 570 remains one of the top recommendations to any second-hand car owner who wants a luxury SUV.

Besides, you can use the SUV for your daily errands and expect exceptional comfort and practicality in city driving. Here is the most mechanically sound vehicle you can get for everyday use and take off-road trips.

It is the best family car you can buy, thanks to its ease of driving in the city and exceptional reliability.

Having reviewed the above LX models, you can choose your desired model to suit your needs. It is essential to mention the model years above pose no reliability concerns to get you worried.

Besides, you can always expect to find genuine parts to service the SUV without making special orders.

Choosing the LX models will also put less pressure on your pockets as their annual maintenance cost is way lower than luxury SUVs in this segment.