Have you ever wondered why some vehicles caught in tricky, off-road situations perform better in getting unstuck than others? What do they employ to traverse such difficult terrains effortlessly? The answer is simple; they utilize a diff lock.

Diff lock, short for locking differential, is a confusing term for many, especially in the world of four-wheel-drive vehicles. To help you better understand it, I thoroughly researched and went through lots of resources in a bid to answer some of your questions.

What is the Difference Between Diff Lock and 4X4?

4WD vehicles have up to three differentials secured by a locker that distributes equal power to all wheels when needed. In part-time 4WD, the prop shafts are locked to split power 50/50 between the axles. But full-time 4WDs come with a center lock that allows speed differences between the front and rear axles.

Therein lies the difference. I know, confusing. It’s even complicated when 4WDs are introduced. Before we delve into the ins and outs, let’s understand what a differential in a vehicle means.

What Is Differential In A Vehicle?

A differential in a vehicle refers to a complex system that governs how the wheels of your vehicle spin at different speeds when turning a corner or when it is stuck.

This difference in the rate at which wheels spin when making turns is achieved by your vehicle’s differential. Without it, maneuvering or steering the vehicle becomes challenging.

In such a case, the outside tires of your vehicle would experience easy wear since it is dragged along instead of its rotation adjusted to accommodate the longer distance it covers compared to the inside wheels.

Now, that is the easiest part to explain.

Open differentials are common among many cars and trucks that aren’t used for off-roading or handling heavy towing. They are also the most common type of differential from which other complex systems are derived from.

In an open differential, the amount of torque is divided equally between the wheels. This is advantageous if you are spinning them on open roads and flat surfaces.

The main benefit of this is hellbent on the basic function of any differential, enabling the axle to turn more effectively and allow the outside wheel to move faster to cover more ground. It is also cheap to produce.

The disadvantage, however, is that if you’re driving in mud or snow, one wheel can spin endlessly while the wheel with better traction achieves half the overall torque the vehicle would’ve otherwise used to get unstuck.

A locking differential, or a diff loc or simply locker, is a modification of the conventional differential. It functions by restricting each wheel on an axle to the same rotational rates regardless of the traction they are subjected to.

In a nutshell, a diff lock does not equally split the torque between the tires but rather channels more power to the wheel that has better traction. It is not limited by the lower traction the other wheel carries.

However, one disadvantage of a locked differential is what is referred to as binding, and it is experienced when excess rotational torque is built up within the drive train.

Binding needs a release, which is achieved typically by the tires leaving the ground for the position to be reset. You can also solve this problem by simply releasing the locks once you no longer need them.

4WD vehicles come with differentials in the front and the rear-drive axle. And as earlier mentioned, four-wheel-drive cars mostly have up to three differentials – the front, rear, and center.

To further understand the working mechanisms of locking differentials, let’s learn more about the 4x4s.

Vehicles that fall into the part-time four-wheel-drive systems feature a two-range transfer box installed between the axles and the transmission. Their function is to switch between high and low gear range as well as allow your vehicle to operate in a two or four-wheel-drive.

The most important thing to remember about part-time 4WDs is that they do not have a center differential. This means that you cannot drive them in 4WD on the road because of the 50/50 torque split between the front and the rear.

This torque distribution doesn’t allow for any speed differentials between the front and the back tires.

If you engaged this system on surfaces that don’t give the tires much to scrabble upon, a wind-up in the transmission might occur and something in your vehicle is bound to break.

In terms of axle differentials, some of the part-time 4WDs come with open differentials on the front and the rear, and they rely mostly on the traction control system of your vehicle to manage how the wheels spin and to send more drive to those with the grip.

Some of the vehicles that have a part-time 4×4 system include most pickup trucks, the Jeep Wrangler and Gladiator, as well as the Mitsubishi Shogun and Shogun Sport.

Permanent 4x4s are vehicles fitted with a center diff and don’t allow you to run them in 2WD. For those that are serious off-roaders, they will often be equipped with two-range transfer boxes.

The old Land Rover Defender and modern Toyota Land Cruiser are the few examples of such vehicles with this setup. The two vehicles have transfer boxes that incorporate a center differential. They, however, do not have the right gear set that allows them to be run on 2WD on normal roads.

While this setup simplifies the drivetrain, fuel consumption remains poor. And the more moving parts are expensive to maintain.

Some 4x4s, such as the Defender, come equipped with a center diff lock that allows 50/50 torque between the front and the rear when necessary. Although both axles of the vehicle have open differentials, it is possible to get stuck if the rear and the front wheels don’t have traction.

Those with a Torsen torque-sensing center differential such as the Toyota Land Cruiser, which under normal circumstances distributes the torque evenly between axles, can channel up to 70% to the front or rear. You can, however, lock it to maintain the equal distribution.

For the single-range permanent 4x4s, although they have off-road abilities, they lack the torque-multiplying low gear range, and as such, they are more focused on on-road performance.

But with modern ones carrying some useful electronic systems such as hill descent control, they manage to perform well off-road. A manual Subaru Forester is a good example of a 4×4 with a single range system

That said, diff locks can either be:

Automatic diff locks are those that automatically engage whereas the manual/selectable types, or the manual ones are engaged by the driver.

The automatic diff locks are engaged when you lose traction. Once it has served its purpose, the locker will release.

The manual diff locks, on the other hand, keep the driver in control. They can decide when and if the vehicle requires more traction and engage it. They come in various types and can be activated from the dashboard or by using a gearstick. If you have Sierra, this is how you can engage the 4WD lock.

While the result might be the same for both, how they affect how you handle the vehicle is different, both on- and off-road.

I would, however, highly suggest that you go with the selectable locker, but then again, that is my opinion. Perhaps the no-frills automatic one will be a good match for your vehicle if you know what you want.

How Do You Use Your Diff Lock When Driving?

First, remember not to engage your diff lock when driving on the road. That is unless the weather isn’t favorable and the roads are muddy or snowy, and you need extra traction.

Only use it when you want to go off-roading with your 4×4. It is suited for driving in difficult terrains such as gravel, mud, sand, and snow.

That means that since this type of terrain isn’t always constant, you will only use your locker for a few moments on each adventure.

When the locker is engaged, your vehicle will insist on going in a straight line, this makes corners difficult to maneuver. So, always listen to your vehicle if you don’t want to break your axles.

So, use your lockers when you are doing a rutted hill climb, when descending, or anywhere you are likely to lose traction.

Don’t use them when you are moving fast and you are looking to maneuver corners, or when you’re on a side slope, when you need to turn tightly, and when you are driving with all the wheels on the ground.

The concept of differentials in 4X4s is very confusing. But once you grasp a few terms and their general function, you are well on your way to fully deciding on your own whether you need them or not.

One thing you must remember, however, is that the difference between the actual 4×4 mode and differential locking occurs depending on how they both work.

The one that has no diff lock uses the general differential where power is driven to the wheels, depending on how resistant a wheel is, whereas the one with a locker can distribute power evenly for better traction and getting out of sticky situations.

Meanwhile, here’s a useful resource that will help you know how fast you can go with a 4WD. It will give you insights into how what I’ve talked about fares in a practical word. 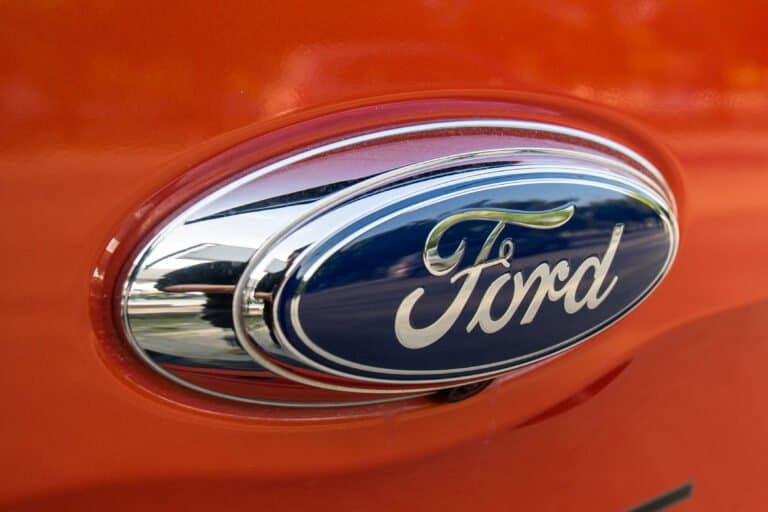 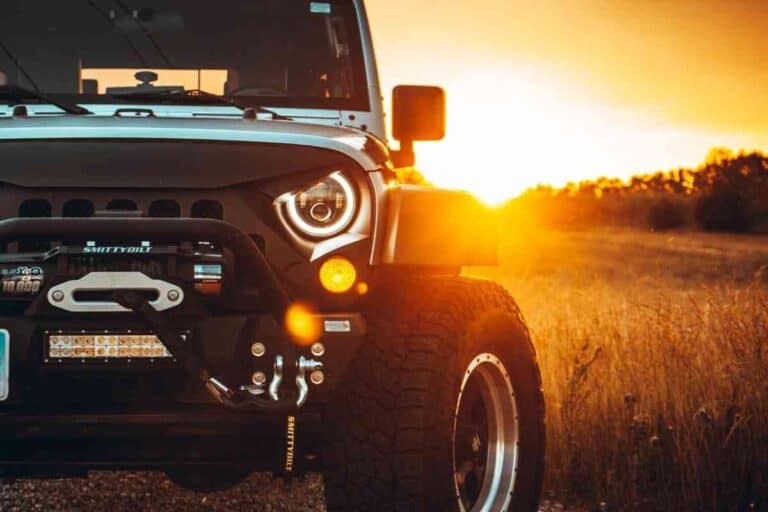 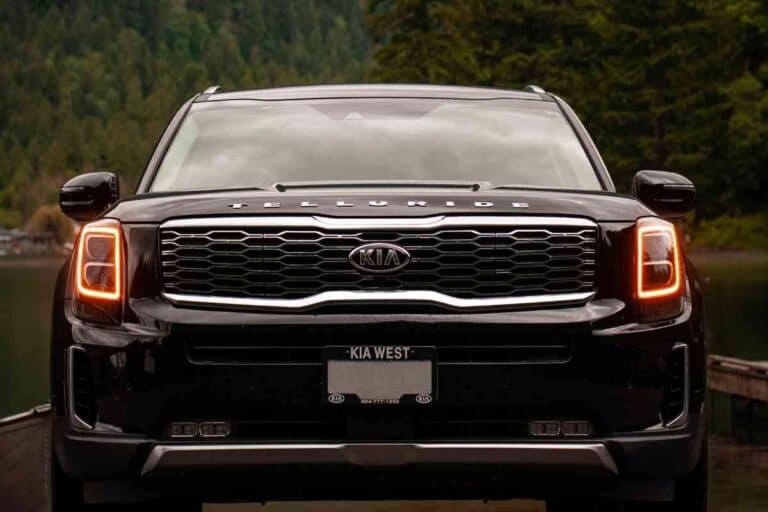 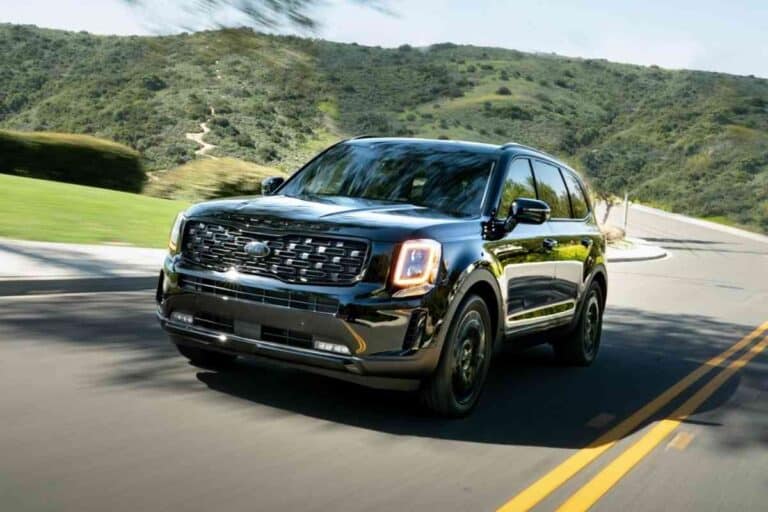 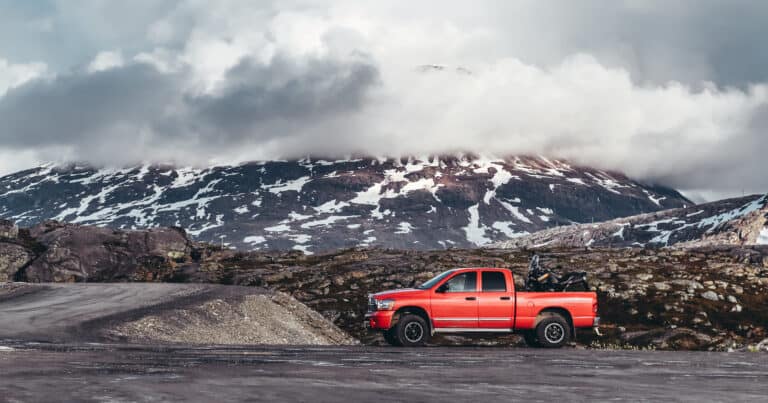 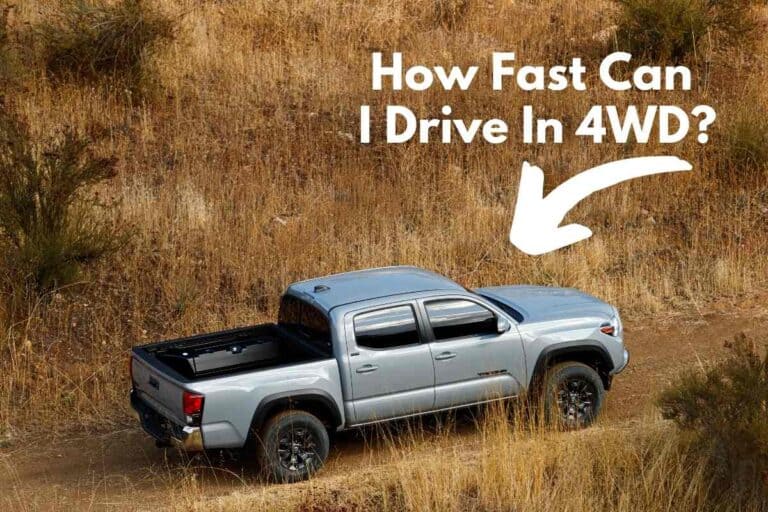