Snow chains are dreaded by many but a necessary part of winter driving, especially in more volatile climates.

chains necessary, and how do they work?

Are they a substitute for winter tires? Do you really need snow chains for bad weather?

How Do Snow Chains Work?

Snow chains can be a lifesaver on frozen roads. Snow chains are a set of simple steel or alloy links that crisscross around the tread of a tire. Smooth rubber, which would normally slide uncontrollably on snow and ice, now has a gritty and inflexible surface every few inches to grip and provide traction.

However, they’re not a cure-all, and they have some serious limitations.

For example, snow chains cannot be used excessively on dry pavement or at high speeds, or else they may break and ruin your fenders.

Additionally, snow chains should only be used in specific scenarios—some of which we’ll cover in this article.

We sourced the information used in this article from reputable snow chain manufacturers.

What Are Snow Chains?

Snow chains are a set of removable metal links that wrap around a tire.

Snow chains are designed to be used for brief periods at low speeds when cold weather or snow necessitates.

What Are Snow Chains Used For?

Snow chains are designed for incidental use and not to remain on the car for an entire season.

For example, a set of snow chains may be necessary (or required by law enforcement) to get over a high mountain pass during a winter storm.

But once over the pass where the road is drier, they can (and should) be removed.

What Are Snow Chains Made Of?

The vast majority of snow chains are made of galvanized steel.

This kind of steel is hard and has a special galvanized coating that prevents corrosion.

You’ll never find raw steel snow chains, as a combination of ice, snow, and salt often found on winter highways would quickly degrade them beyond use.

Some high-end snow chains are made of titanium alloy, which is stronger than steel by weight and also much lighter than an equivalent set of steel snow chains.

These are popular with sports car owners and people who need a set of snow chains around all the time.

Snow chains are a set of metal links that wrap around and crisscross the tread of a tire.

Chains dig into the snow without burying the tire and prevent it from spinning or sliding.

On ice, they can break the surface and contact the pavement or roughen the surface enough to gain traction.

How Fast Can You Drive With Snow Chains?

Snow chains are not designed for use at high speeds.

The maximum safe speed for most snow chains is 30 mph.

In most cases, it would be unsafe to exceed 30 mph in conditions that would require snow chains to begin with.

It’s essential to remove your snow chains before accelerating to highway speeds.

Are Snow Chains Safe For Ice?

Nothing is “safe” for driving on ice per se, but a set of snow chains can be the difference between driving and sliding on packed snow or solid ice.

If you have a set of snow chains and need to drive on icy roads, use them—they can add additional traction, especially if you have summer tires.

There’s quite a bit of debate about snow chains and winter tires in general.

But how do snow chains compare to studded snow tires? Studded tires and snow chains use the same principle to gain traction on slippery surfaces, but only studded tires can be used at high speeds.

A set of dedicated winter tires is recommended if you live in an area with regular heavy snow.

They cost more, but they’re the safest and longest-lasting option if you encounter snow more than a couple of times per year.

That said, studded snow tires are both unjustifiably expensive and possibly illegal in warmer climates.

There are many states where studded tires are prohibited almost year-round and where a set of snow chains is more than enough to keep you driving during occasional snowstorms.

Do I Need Snow Chains?

In many parts of the country, snow chains are vital once in a while but hardly ever used.

The same could be said for spare tires.

There are only a few places in the continental United States where it never snows, so everyone should have a set of snow chains at home in case of a freak winter storm.

There are some situations where one should absolutely own a set of snow chains.

People who live at lower altitudes but enjoy skiing during the winter often encounter conditions at least once per season where they’re necessary, but not so often to warrant a set of winter tires.

If you live in Hawaii, you probably won’t ever need to use a set of snow chains.

But as people in Texas have learned over the last couple of years, just because it’s hot most of the time doesn’t mean you won’t need to drive when the ground is frozen.

How To Choose Snow Chains (Where To Find Them)

Finding a set of snow chains is easy in most locations.

Retailers such as Walmart and Costco almost invariably carry snow chains in a wide variety of sizes.

Finding the right set of snow chains for your car is essential, as they may not work at all if they’re improperly sized.

First, check the tire size markings on the sides of your tire.

These are the tire width, tire height ratio, tire type, and the diameter, respectively.

Typically, tire chains will be clearly labeled on the box as to their appropriate sizing.

Sometimes, you’ll see a chart with several tire sizes, and you’ll be able to pick the closest one.

Some chains include a tire size range, whereas many internet outlets allow you to digitally check the fit prior to purchasing.

Snow socks are a recent addition to the automotive accessory market, and they’re often marketed as an easy-to-install alternative to snow chains.

Snow socks are just that, and the elastic sock that covers your tire and adds additional grip on the snow.

Consumer Reports suggests that snow socks are effective but aren’t a substitute for winter tires.

Snow chains also aren’t a substitute for winter tires, so it comes down to a matter of personal preference.

In other words, snow chains are tried-and-true, and snow socks appear to work also. 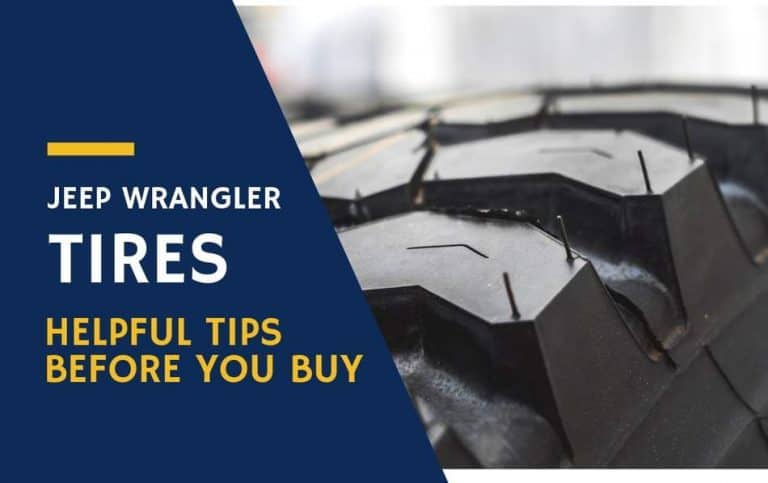 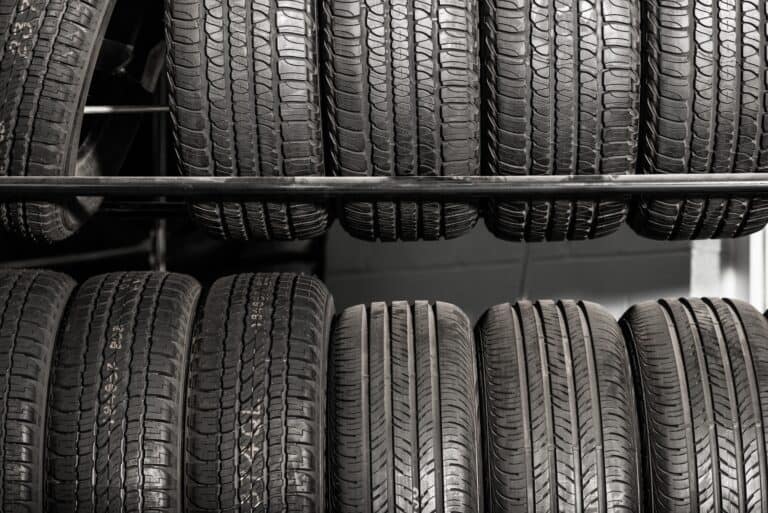 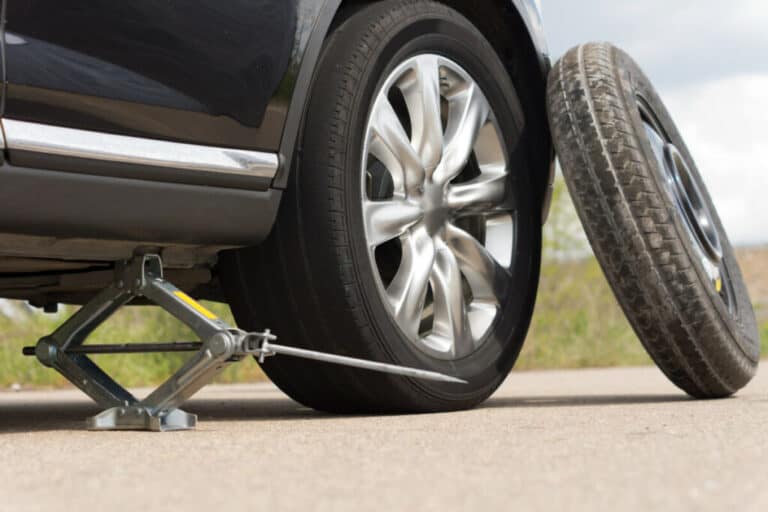 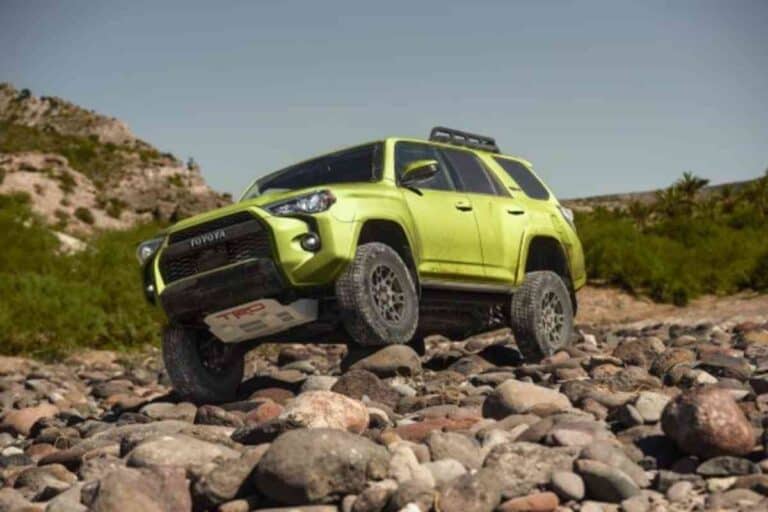 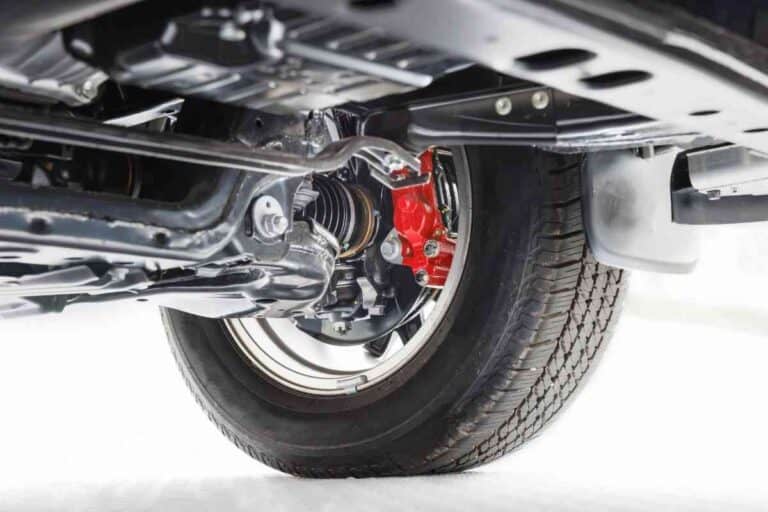 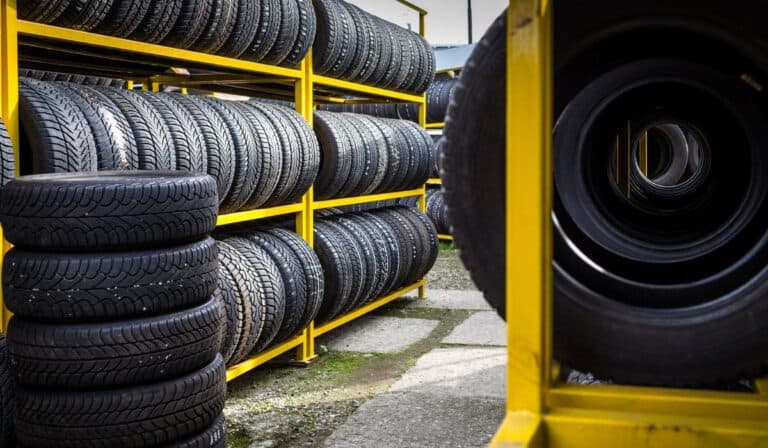