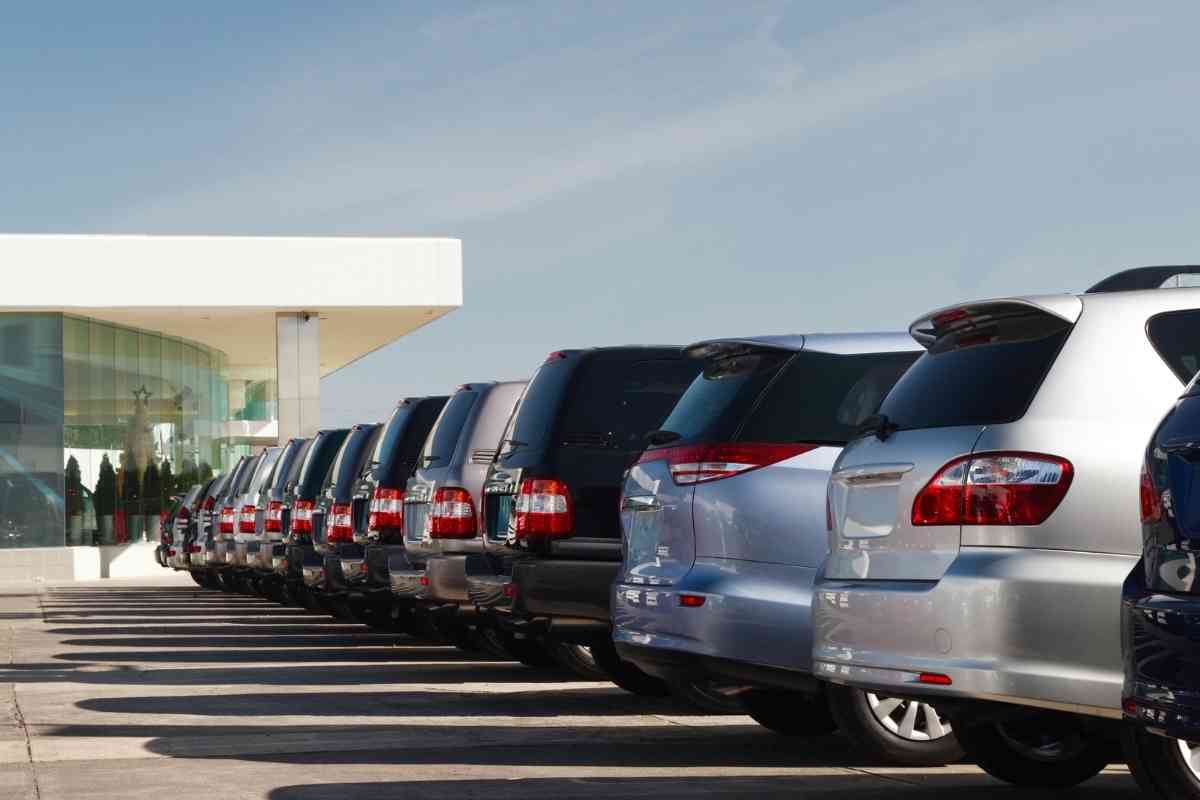 You may know SUVs as being sporty and stylish, among other things, but you may not know that they can also be extremely economical. Most SUVs were not exceptionally eco-friendly as their designs are mainly regarded as an extravagance symbol for the chosen few. But in this day and age, demographics have changed, making SUVs more practical and economical to you since it might be a daily user for you and your family.

What is the Most Economical New SUV to Buy?

The most economical new SUV to buy, based only on fuel efficiency, will get around 25 mpg while city driving and up to about 35 mpg on the highway. Since SUVs come with so many different features, we’ve compared nine of the most fuel-efficient new SUVs to help you pick the most economical choice that still hits all your other checkboxes.

Most modern SUVs have designs that make them more economical, especially since they are family cars. They are cost-effective in running them since they have higher fuel efficiency compared to other vehicles in the market today. Even with the amount of space packed up in the SUVs for both family and luggage, you can still opt for models that have proven to be economical in more ways than you can imagine.

The current SUVs use all sorts of fuel, from petrol and diesel to even hybrid ones with fewer emissions as the world moves to greener energy. For plug-in hybrids SUVs, they mainly run on electrical power for a couple of miles, making them ideal to be used for shorter trips that require low speed. These SUVs have better fuel economy than their counterparts and worth trying in your lifetime.

It is better to note that most economical SUVs today are either medium or large-sized and hybrid. Since the technology to make such economical SUVs has more cost, SUVs that are cheaper and smaller don’t tend to have the same capabilities. Most of them only remain diesel-powered.

The following is a list of selected SUVs that are the most economical. The selection is mainly based on the latest fuel-economy test models, also called WLTP. The tests comply with the Euro 6 emissions regulations. You will get information on both mid-sized and large SUVs that are certified to be economical.

The latest Buick Encore SUVs model is a family car and is one of the most economical vehicles out in the market today. Reducing fuel economy is a very sensible SUV even if you have a family since it is a 5-seater. Its EPA is 27 mpg within the city and 33 mpg on the American highways. With a 1.4-liter engine.

Its in-car experience is serene, with a relatively quiet cabin designed to reduce noise levels from the road. The distance traveled by electricity only is efficient, especially if this is your daily transport means. The fuel you burn will be so little you will barely feel the need to refuel your SUV often.

Buick’s technology is efficient and also affordable compared to its diesel SUV counterparts. Whether you are planning for a camping trip or you want to run a couple of errands, Buick Encore is as versatile as it gets for an economical and straightforward SUV.

The new Nissan Rogue’s fuel economy is even lower than the Buick Encore with higher mpg levels. As a mid-sized SUV, it is part of the pioneering vehicles to using this technology, making it one of the most economical SUVs within the Nissan catalog. The fuel economy levels are mainly due to its engine size, which is a 2.5-liter petrol system. Its CO2 emissions are also less than the average modern SUVs.

Its city’s mpg is only 26 while it is higher with 33 mpg on the highway. The starting price is quite affordable, with even better deals from other distributors.

If Chevrolet is your brand and looking for an economical SUV, then the Chevrolet Equinox might be what you are looking for. For this model, you have more than one version to choose from, released in 2018 and 2019. In the 1.5-liter, the engine is the slowest within the Kadjar catalog and also the least powerful.

It only delivers its EPA at 26.0 mpg in the city, which is not the best but a good point to start from. It also has four-wheel drive capabilities and is easier to overtake. The fuel economy is more robust on the highway at 32 mpg with low emission levels. It is quite affordable, with the starting cost being less than $10,000 with lower monthly financing amounts.

The Subaru Forester has an outstanding fuel economy having an estimated EPA of 26 mpg in the city and 32 mpg on the highway. It can go for many miles with its 2.5-liter four-cylinder engine. With its all-wheel-drive capabilities, you can use it on all kinds of off-road terrains with no severe problems in the future. The CO2 emissions are also lower, making it ideal for a city setting with strict regulations on any form of auto emissions.

The new GMC Terrain model is best in its latest installment when it comes to mid-sized economical SUVs. Its economy is genuine and more substantial than other SUV models even when you consider its initial cost. The model is not hybrid-like other SUVs on this list. It has a 1.5-liter engine, which means you will never rely on battery charges before beginning any journey.

With this design, you are sure to have a lot of conveniences where there are no charging stations available and save a lot of costs. Its EPA estimates are still 26 mpg city as well as 30 mpg highway. Its nine-speed automatic transmission is sure to give you all the top speed you need.

The Chevrolet Trax is one of the smallest economical SUVs in the American market today. IT is mainly built to be used within the city, but it is also functional outside urban environments. The engines are the most economical and also fasted within their line. This SUV affordable for the average consumer and even an excellent choice if you are looking for a 1.4- liter engine that will save you so much more fuel costs due to its consumption.

You may have seen a trend that most economical SUVs tend to be smaller, and the Honda HR-V is no exception. The fuel economy grades of this compact SUV range from 28 mpg city to 35 mpg highway. This is a non-hybrid option, but it is also economical in its way. The engine is a 1.8- liter system with up to 6 speeds of the manual transmission, which gives it a decent economy at an affordable price.

With the largest market being in the United States, Mazda has done it again, releasing one of their economical SUVs within the last decade. It has a 20.-liter engine with outputs of up to 146 hp. Its EPA grades are only 29 mpg city while the highway is 35 mpg averaging to about 31 mpg when combined. The standard package includes all the vital elements to keep your use as efficient as possible while at the same time reducing fuel consumption.

The main reason most newly released SUVs are more economical is that they have more efficiency if fuel economy than other older SUVs. Since they are hybrid, there is more than one option on the type of fuel the SUVs can use. Using electrical power and gas means that you can utilize the car systems’ flexibility on the energy depending on your journey.

It is almost impossible to get stuck on the road with a hybrid SUV since you will always have enough to get you to the next station for charging and filling up. Environmental changes such as moving towards green energy will not affect hybrid SUVs much, and you can also cut on long-term fuel costs. The engines of these SUVs are optimized, and the CO2 emissions are even lower.

Can Used SUVs Run as Efficiently as New SUVs?

Whether the SUV is a plug-in hybrid or not, they all have their set levels of fuel economy to keep the vehicle as economical as possible. So, if you plan to buy a used economical SUV from the above list, you are sure to receive the same benefits just as it was new.

The above-listed SUVs are some of the best to consider. There may be more SUVs in the market, but these are the ones released and are promising at the same time. Choosing the hybrid types will work to your advantage, but it also depends on your willingness to spend. The more you spend on your economical SUV, the better its technology is.