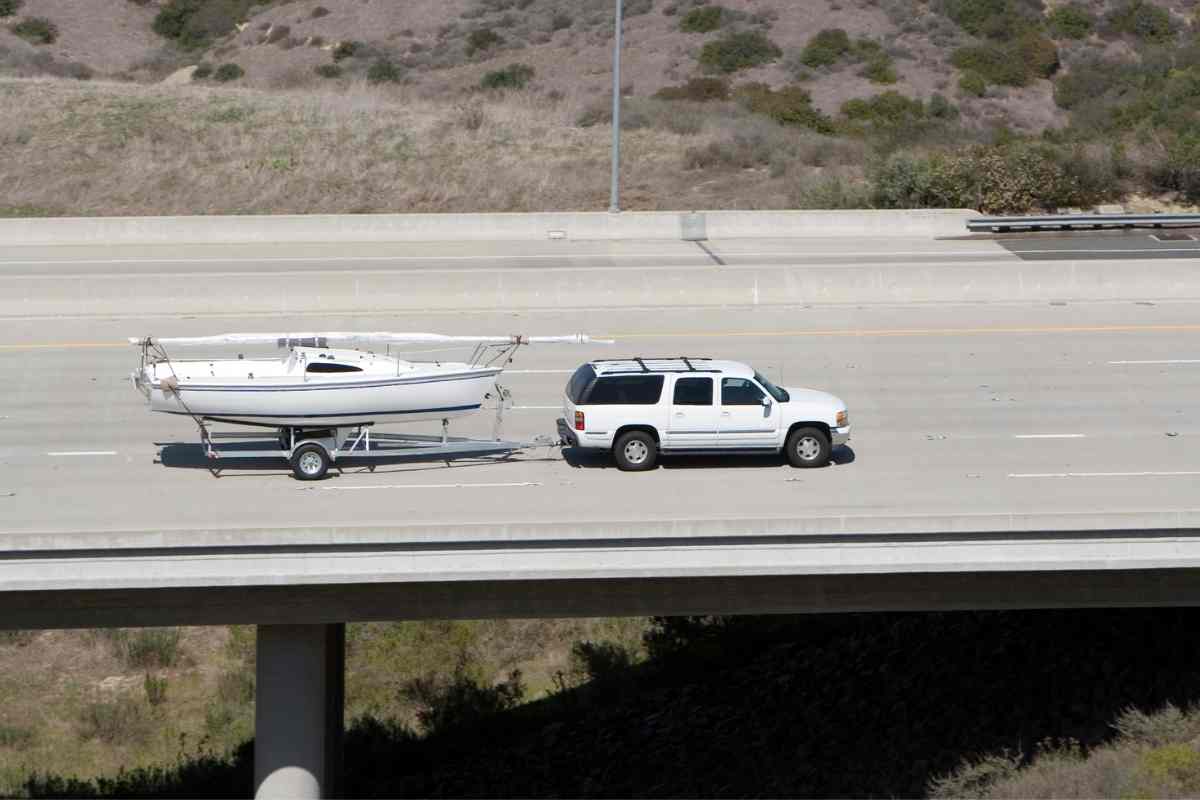 SUVs dominate today’s car market, with almost every manufacturer offering their version, and it’s easy to see why. These vehicles provide adequate ground clearance, with better handling than 4x4s and trucks, and lots of room inside so that passengers and cargo can fit comfortably. But, as more and more people buy them, they demand better specs from their SUVs: more payload, more power, and, of course, more towing capacity. But, in the world of SUVs, one stands alone when it comes to pulling capabilities.

In the US market, the Ford Expedition can tow a maximum of 9,300 pounds, in an RWD configuration, with the optional Heavy-Duty Trailer Tow Package. Thanks to its 375-hp, 470 lb-ft 3.5-liter twin-turbo V6, the Expedition stands above the rest of SUVs and crossovers, being the only commercially available vehicle in its class to surpass the 9,000-pound mark.

While many SUVs in the market can tow more than 8,000 pounds, the Expedition is the only model out there that can comfortably pull more than 9,000 without having to dish out for special editions.

To achieve this figure, the Expedition must come with the Heavy-Duty Trailer Tow Package and rear-wheel-drive. If you don’t ask for this option, then the Expedition’s capacity dramatically tumbles to only 6,000 pounds. Yes, Ford’s package is that capable. We’ve written about how it can improve the Ranger’s towing power, and it does the same with the Expedition.

Since towing puts additional strain on components like the transmission, brakes, and drivetrain, manufacturers opt to improve these aspects with optional extras. Ford offers its Heavy-Duty Trailer Tow Package, which costs around $800.

This improvement includes a heavy-duty radiator for improved transmission cooling, intelligent brake control, and a two-speed capacity in 4×4 versions. While this option increases the towing to a class-leading 9,300 pounds, there is a downside as you can get less mpg.

Also, not only with the Expedition, most SUVs will see better-towing capabilities in the RWD or 4×2 versions. This difference is that, in 4WD or 4×4 versions, the engine has to send power to all four wheels, causing more friction. Meanwhile, in the RWD version, power is only split between the two rear wheels, plus there are fewer mechanical components, such as front differentials, making the vehicle lighter.

The Ford Expedition Max model, which comes with a longer wheelbase, weighing more, tops out at 9,000 pounds. The Platinum model has more power, reaching 400 hp and 480 lb-ft, which increases towing capacity, but Ford caps the maximum pulling weight at 9,300 pounds.

So, the Expedition stands alone. But, how does the competition fare? Let’s find out.

How much can SUVs tow?

We have to make clear that we are talking about full-sized SUVs, as anything smaller will not equal the Expedition’s towing capabilities. Its smaller sibling, the Ford Explorer, tops out at a respectable 5,600 pounds in the mid-size class, as we’ve covered before. First, let’s talk about the Lincoln Navigator, the fancier, slightly chubbier brother.

There are many full-sized SUVs out there capable of towing respectable numbers, so we created the following table for you to understand them easily. This table refers to the most potent combination and towing package.

As you can see, these vehicles offer exceptional towing capabilities, but they aren’t the most economical choice out there. Unfortunately, the market for superior pulling power makes for powerful yet thirsty cars.

The Ford Expedition is no exception. With an EPA rating of 17 mpg for city use and 24 mpg for highway driving, the RWD provides fuel economy that’s in the middle of the pack when it comes to competitors. However, the AWD version drops to a paltry 15 mpg city and 22 mpg highway.

Plus, its size makes it quite a hassle when it comes to parking and urban driving. Many reviews highlight how uncomfortable it can be to access underground parking lots with many of these SUVs. It’s the price to pay.

You have excellent towing capacity and passenger comfort, but you sacrifice fuel economy and ease of use in many urban situations. However, this isn’t only in the Expedition’s case, as many of its competitors also suffer from low mpg and massive bodies. But, what about price? How does the Expedition stack up against the competition? Let’s find out.

How do the Ford Expedition prices compare to the competition?

Let’s consider the top-of-the-line versions, or the best option for towing, of some of the models we’ve discussed. For the Ford Expedition Max, you can expect prices to start at $72,000, which sets in the same playing field as some luxury SUVs.

As you can see, the Ford Expedition is an expensive option, and while it does offer a lot of features, the price might put some potential buyers off, especially if they don’t need to tow a lot. But, if a combination between towing and comfort is what you look for, then you should consider it.

In this article, we wanted to answer what SUV can tow 9,000 pounds and, as we have seen, not many can do this. Only one, the Ford Expedition, can comfortably tow this amount with little modification. The Ford Expedition can tow a class-leading 9,300 pounds in the right configuration, with rear-wheel drive and the respective tow package.

We also dug deep into the competition. With so many SUVs out there, the full-size sector offers plenty of powerful options, but none can reach the Expedition.

Two of the closest competitors are the Durango SRT and the Navigator, with 8,700 pounds of towing capacity. The Expedition fits right in the middle of these two when it comes to price, with the Durango being the cheaper of the three. The other American manufacturer is Chevrolet with its Tahoe/Suburban platform, which comes in surprisingly low 8,300 pounds due to its heavier frame.

Though lagging 800 pounds behind, a surprising competitor is the Nissan Armada/Infiniti QX80, which offers 8,500 pounds in both the RWD and 4WD versions.

One thing is sure: while the Expedition is still the king of towing in the full-size SUV sector, we don’t expect it to be this way for much longer. The competition gets more challenging as every year passes, and manufacturers will indeed look for ways to catch Ford, so don’t be surprised if, next year, the tables turn.

link to Is It Worth Getting A 2WD Truck?

Are you looking to buy a new or used truck? There are so many factors to consider when shopping for a truck that the process might challenge you. Everyone needs a truck that meets their needs on and...

Continue Reading
link to Is All Wheel Drive Better Than Front Wheel Drive?

The drivetrain is one of the most important components of a vehicle. There are so many differences between all-wheel and front wheel drivetrains, and the one you go for will depend on your driving...