First let’s address the most obvious question, can a Durango actually tow a camper?

Can a Dodge Durango Tow a Camper?

The Dodge Durango can tow most campers on the market. When properly equipped, the Durango has a towing capacity of up 8,700 pounds!

Obviously, there is so much more to consider and to learn about towing a camper with the Durango such as under what circumstances it can do so, and what type of campers it can tow.

Let’s get into the details…

Perhaps the styling or the price point of the Dodge Durango appeals to you, but you’re wondering if it will fit your lifestyle. If you enjoy being on the road, part of that lifestyle might include being able to tow a camper or other type of trailer. But can a Dodge Durango do that? We’ll answer that for you and more.

What Exactly a Dodge Durango Can (and Can’t) Tow

The weight of what any particular Dodge Durango can tow depends on its powertrain. There are three different engine types available in Dodge Durango models.

Durango models, for example, have a standard 3.6L, Pentastar V6 powertrain. This rear-wheel drive vehicle is fully capable of producing up to 260 lb-ft of torque and 298 horsepower. What does that mean in terms of towing? The ability to tow up to 6,200 pounds!

That will cover many fully loaded campers, but of course, it’s a good idea to know the weight of your camper when loaded, to be certain.

But perhaps you’ve got a bit more to haul than 6,200 pounds. If so, that doesn’t mean that a Durango isn’t for you—you might just have to upgrade the powertrain a bit, and Dodge has a couple of other options to fit the bill.

If that’s still not enough? Don’t worry! Dodge Durango is one of the best in class models for towing, in part due to the fact that there’s yet another available engine option: the 6.4L HEMI V8 engine. With this powerhouse of a powertrain, you’ll be able to tow an incredible load of up to 8,700 pounds.

What Else Should You Know About Towing with a Dodge Durango?

Knowing just how many tons you can tow, is important, of course, but there’s more to towing than just the weight of your camper.

For example, one reason that many people who have extreme loads to tow trust the Dodge Durango with them is the fact that it is J2807 SAE certified.

This means that top engineers and scientists in the industry have given the Dodge Durango their stamp of approval for towing heavy loads. That’s an even better rating than its closest pickup truck competitors, the Chevrolet Tahoe, GMC Yukon, and the Nissan Armada.

One of the most impressive things about outclassing these trucks in towing is that they are outfitted with a body on frame construction, which is typically considered superior for hauling. The Dodge Durango manages all these trucks can—and more—with a unibody construction.

The reason that matters is that the unibody construction featured by the Durango has its own, other advantages. One of these advantages is drivability.

Anyone who has driven both cars and trucks understands that these two types of vehicles handle very differently, and when it comes to handling, cars are generally superior.

In order to get the towing power of a truck, you usually have to trade off that handling capability. With the Dodge Durango, however, you get the best of both worlds.

Something else that Dodge Durango has to offer in conjunction with its towing, which many trucks can’t compete with, is speed. Its superior torque and horsepower means that you can still put your pedal to the metal and experience some serious acceleration.

The power it offers contributes to this, of course, but its uniquely engineered gearing is another factor.

Something else that potential Dodge Durango buyers might want to know is that this vehicle is as loud as its powertrain specs suggests. In many cases, this can be seen as desirable, but when towing a heavy load it can become a little much.

That’s because at around 1,500 RPM the normally robust noise from the engine can evolve into an exhaust-generated drone. The Dodge Durango does have noise cancellation technology, but even this usually effective innovation isn’t quite enough to manage the noise to a reasonable level for some more sensitive drivers.

However, on the plus side, the Dodge Durango has more than power and a uniquely designed gear system and frame; it also has a very useful and effective Tow Mode.

By accessing the modes menu in the vehicle’s console, you’ll be able to activate the Tow Mode. The Tow Mode is a good tool for several reasons; it helps with fuel management, especially with light loads. It can even automatically reduce the number of cylinders firing in the engine to do so.

In addition to shutting down up to half the engine’s cylinders to reduce fuel consumption, it also adjusts the calibration of the transmission, by changing to 1-2 shift so that it happens at 5,500 RPM.

This high rev point might seem counter intuitive at first, but not once you realize it occurs in order to provide the vehicle with more torque in the even that you need to accelerate.

There are a few more features that the Tow Mode offers that make it so desirable. These include locking down the all-wheel-drive to provide even and balanced power distribution.

If you have electronic trailer controls, it will also enable these. Furthermore, the Durango is equipped with electronic dampers. By engaging Tow Mode, the settings on these dampers are adjusted. This makes it both faster and more effective to catch the rear end.

In addition to the Tow Mode, there are numerous other safety features Dodge has built into this model. Its ready-alert-braking is great even when you aren’t towing anything, but it’s especially comforting when you have a heavy load attached to the back.

Traction control is another feature that’s always a plus, but you’ll be especially glad to have it when you find yourself pulling a camper on a slick, curvy, rainy road or in traffic on an icy day.

Trailer sway control is one more bonus feature, specifically designed to make the Durango one of the premier towing vehicles in its class. It adjusts engine throttle, for one thing, which helps both the Durango itself and the trailer remain stable. It also adjusts the way brake pressure is applied to each of the wheels, which contributes to this stabilization.

And because the Durango is so popular for towing, Dodge has helpfully provided a special equipment pack called the Trailer-Tow and Skid Plate package.

This package contains skid plates to help protect your fuel tank, under body, and transfer case, a trailer brake control, wiring harnesses (7 and 4 pin configurations), and a class IV receiver hitch, in addition to a rear load leveling suspension. These additions aren’t strictly necessary for towing a camper with a Dodge Durango, but they most certainly make it more convenient.

Other Advantages to Towing with a Dodge Durango

With all this to offer, it’s hard to believe that the Durango has more—but it does! Its nearest competitors, all of which are body-on-frame trucks, require additional accessories in order to tow campers.

This is due to the fact that today’s truck designers have embraced a style that features tall ride heights, robust rear suspensions, and extremely large tires.

These design elements have necessitated the need for various different types of towing equipment in addition to standard packages, including safety chain extenders and drop hitches.

The unibody construction of the Durango, however, means that this vehicle sits rather lower than its competitors. Most camper hitches have a two inch drop as the standard, which is fully compatible with a standard towing package on a Dodge Durango—and no safety chain is usually required, nor is a light extension. All of this makes towing with the Durango a more convenient and efficient process.

Downsides to Towing with a Dodge Durango

On the other side of the coin, however, the unibody does have a downside that many drivers might take a while to get accustomed to. Body on frame construction, with the trailer hitched to the frame, means that when you’re inside the vehicle, you’ll feel less of the shock absorption as the trailer pulls back on the vehicle.

With a unibody construction, however, all of this push and pull translates to the chassis, and therefore to the driver and passengers. This isn’t a large issue, as the Durango is powerfully built and handles beautifully in response, but it is something that the driver, especially, will notice.

With some practice driving a Durango towing a loaded trailer, you’ll gain confidence despite being able to feel the load at the back.

Towing, especially when it comes to especially heavy loads, comes with another downside too—and not even the Durango’s innovative Tow Mode can completely mitigate it.

The fact of the matter is, towing is always going to have some effect on a vehicle’s gas mileage, since you’re putting an additional load on the vehicle.

That said, some other vehicles in its class manage the same loads without being quite so gas greedy, like the Escalade. This might be because the Dodge Durango already doesn’t rank fabulously in terms of fuel efficiency in its class, with 19 mpg being the best case rating from the EPA.

With a 5,000 pound load, this rating is severely impacted, with some estimates being around 9 mpg. This is definitely something that’s going to impact your wallet. However, the other advantages that towing with a Dodge Durango offers outweigh this for those who have and love the versatility of this vehicle. 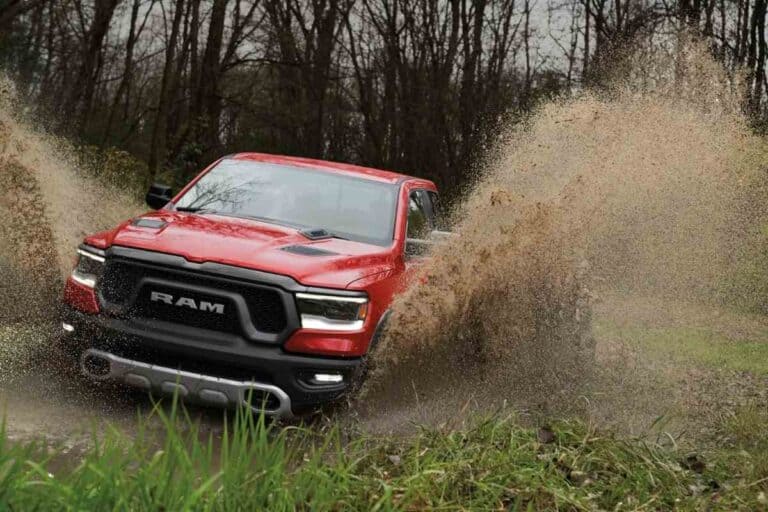 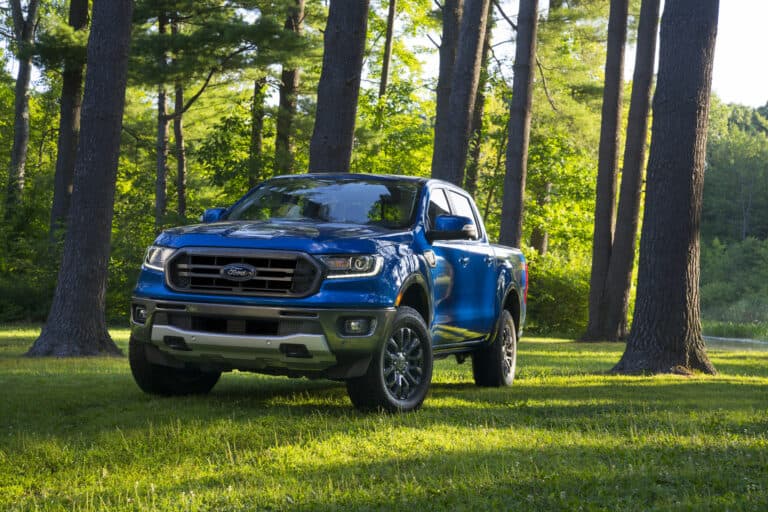 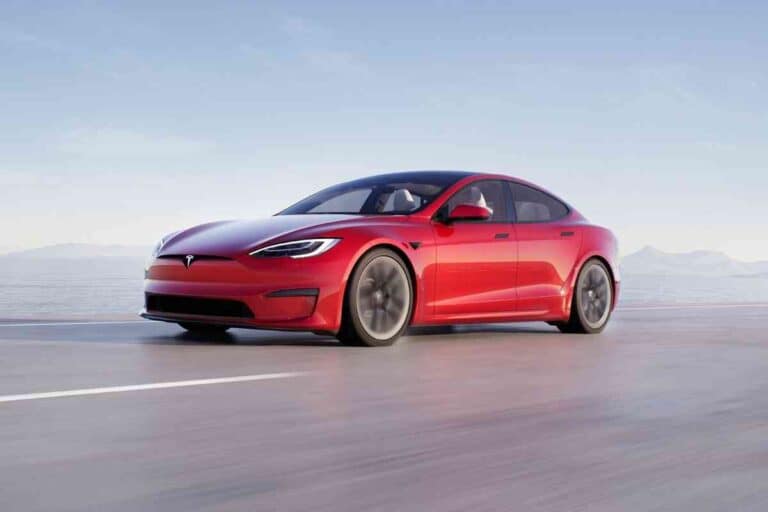 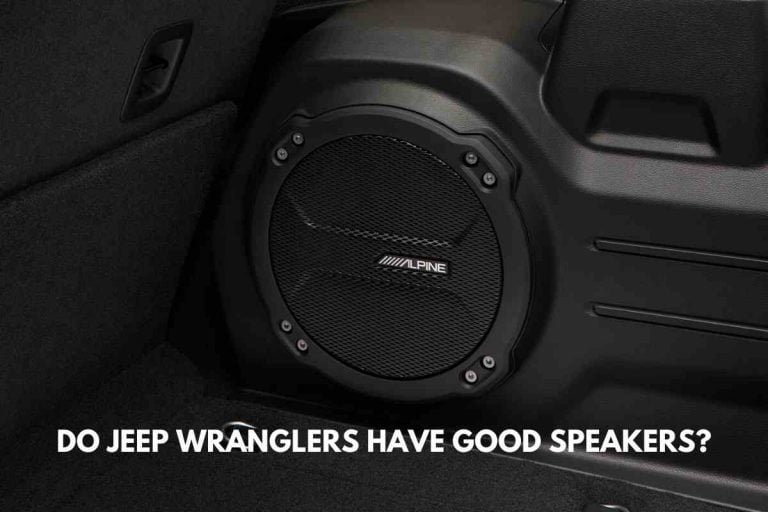 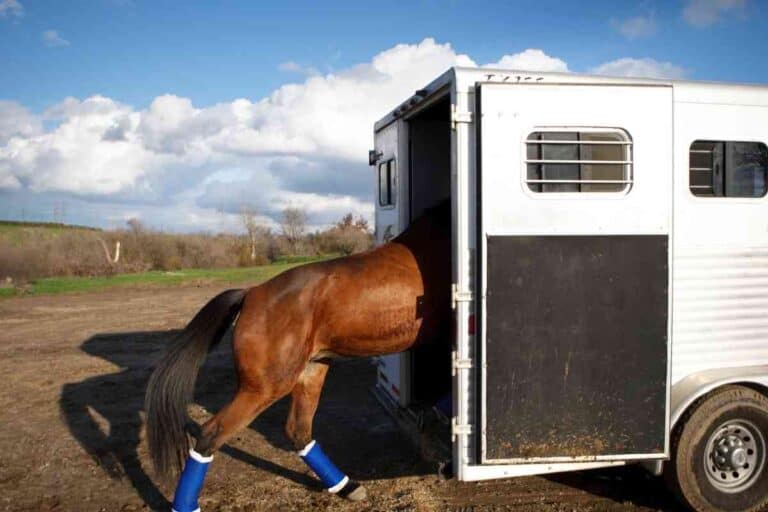