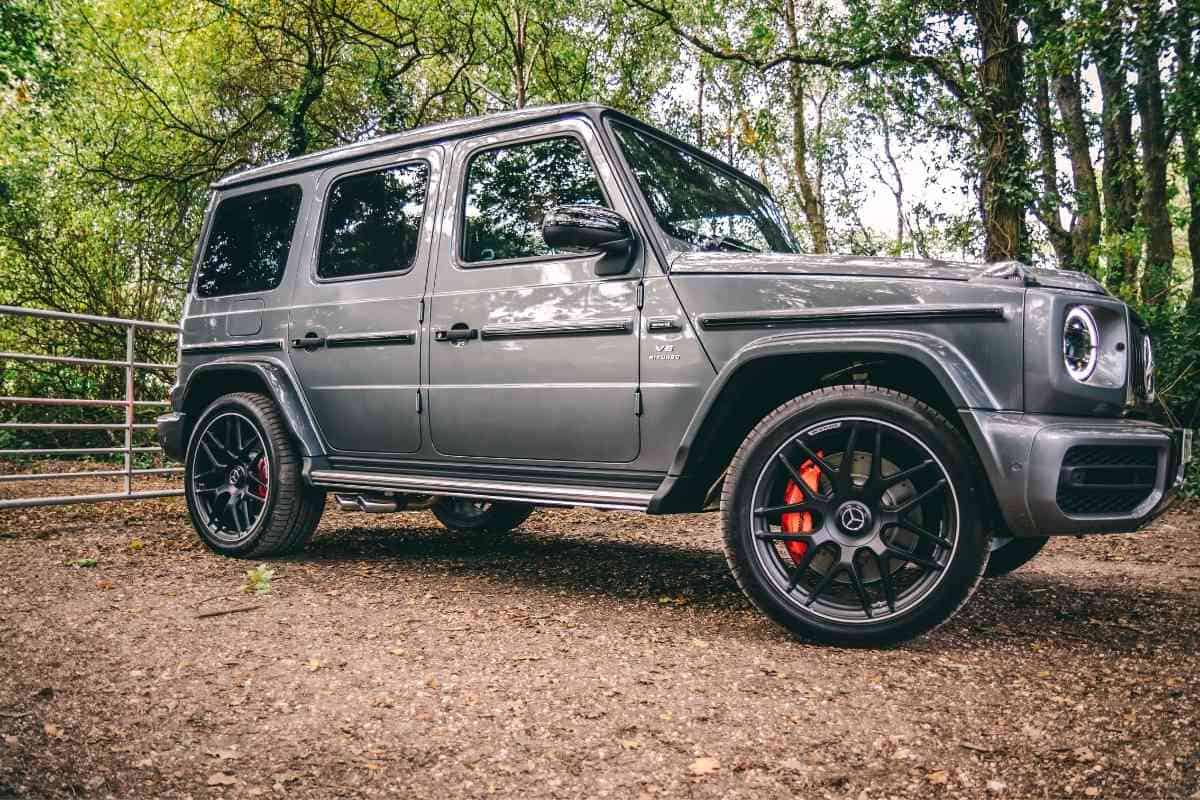 The market is demanding more SUVs that are comfortable and handle like a car. To fulfill this demand, manufacturers migrate more towards unibody construction than truck chassis. But some purists still enjoy the sturdy, rugged feel a body-on-frame SUV can bring. Plus, thanks to the added rigidity, these vehicles can tackle tougher terrain and tow heavier loads. So, let’s find out which body-on-frame SUVs are available in the market.

Which SUVs Are Built On A Truck Chassis?

The advantages of body-on-frame mainly revolve around the vehicle’s rigidity and ruggedness. This construction method consists of building a frame and then adding the body on top of it. Since the chassis is made up of solid materials such as steel, it can withstand more flexion unibody vehicles.

Also, there’s less road noise as the frame absorbs most of the bumps before reaching the cabin. This construction also allows for higher ground clearance. The structure can also protect components like the transmission and engine from rocks.

Manufacturers still use this method because it’s easier for them to fit different bodies onto the same frame. Toyota produces a lot of vehicles this way, including the Tacoma, Land Cruiser, and Sequoia.

But there are disadvantages to the body-on-frame construction. The frame makes the vehicles heavier, which means more trips to the gas station. Also, the raised center of gravity affects handling at highway speeds and cornering.

Here are the brands that still offer body-on-frame SUVs in the US market:

Chevrolet offers two SUVs with body-on-frame construction. The Tahoe and Suburban come with 10-inch ground clearance and more than 8,300 pounds of towing capacity. Chevrolet uses the GMT T1XX platform in many of its full-size trucks and SUVs, including the Tahoe, Suburban, and Silverado.

This platform is recent, coming into production in late 2018. General Motors (Chevrolet’s parent company) opted for increased use of aluminum body panels to save weight. The newest generation of Suburban and Tahoe SUVs is the biggest ever made. But they’ve worked on improving handling with the inclusion of independent rear suspension.

GMC offers the Yukon and Yukon XL, which use the same platform as their Chevrolet counterparts. But, to differentiate themselves, GMC has opted for more luxurious interiors and better handling.

Performance numbers are similar to the Tahoe and Suburban, with 8,400 pounds for towing capacity. GMC also offers gasoline and diesel engine options.

Cadillac only offers the Escalade with body-on-frame construction. With a redesign for 2021, the Escalade is the luxurious distant cousin of both the Yukon and the Tahoe. It comes with a completely overhauled interior, including a digital cluster and 36 speakers. That’s right. 36.

The Escalade comes with a respectable 8,200 pounds of towing capacity. Perhaps one of the most surprising twists for the latest Escalade is the promise of an electric Escalade in the next five years.

The base Ecoboost puts out a respectable 375 hp and 470 lb-ft, or the Platinum edition, which increases the power to 400 hp and torque to 480 lb-ft.

Also, keep in mind that Ford plans to release the Bronco in 2021, which will also come with body-on-frame construction. But, this vehicle is much more than just a solid structure. Ford announced it will come with low-range gearing and the option between a manual and an automatic.

Ford’s luxurious sibling, the Lincoln Navigator, also uses the T3 platform. But it comes with improved performance from its 3.5L V6 engine, putting out 450 hp thanks to twin turbos.

Since it’s heavier and has a more luxurious interior, the Navigator can only tow 8,700 pounds, which is still high in the segment.

Jeep has stuck to tradition for years and, in fact, has returned to it with the Gladiator. But Jeep’s trademark SUV, the Wrangler, is probably the most traditional in this list. The body-on-frame construction combines throwback styling and excellent off-roading abilities.

Standing out is the use of solid axles in both the front and the back. While this makes the ride a bit stiff, it gives the Wrangler the ability to go anywhere.

Plus, you can have an assortment of engines, from I4 to V8s. If you’re into drop-tops, you can get the Wrangler as a two-door and a four-door convertible.

Lexus is Toyota’s luxury brand and takes advantage of its preference for body-on-frame construction. The Lexus GX shares the frame with other Toyota vehicles like the 4Runner and the Tacoma.

Though it has seen only minor facelifts and redesigns, the GX still holds its ground against the opposition. It’s a worthy offroader. Features include full-time four-wheel drive, locking differentials, a powerful V8, and upgraded interiors.

The Lexus LX is a bigger SUV, based on the Toyota Land Cruiser, is capable of taking you anywhere, with all the creature comforts. Still, Lexus might stop producing them, as the Japanese company is migrating to newer technology.

The G-Class is probably the 4×4 that has withstood the test of time the most. Its boxy shape is recognizable from miles away, and the interiors keep getting more and more luxurious with the years. But Mercedes Benz still uses a traditional body-on-frame construction, with a wide variety of engines.

The G-Class comes with V8 options for the US markets and diesel alternatives. The G-Class still uses solid axles in the rear. But Mercedes Benz switched to a front independent suspension to fit new steering and improve handling.

The Nissan Armada is the underdog in this article, with less than 20,000 units sold in the US during 2020. It’s based on the F-Alpha Platform, which also fits under the Nissan Titan.

The Armada uses Nissan’s tried-and-true 5.6L V8, which puts out 390 hp for a respectable 8,500 pounds. Nissan went to work on the Armada for a 2021 refresh. The newest Armada includes improved aesthetics, new infotainment systems, and safety features.

Nissan’s luxury brand, Infiniti, offers the QX80. This SUV is technically identical to the Nissan Armada.

Infinity uses the same engine but has tuned it to get 10 more horsepower. The QX80 also went through a redesign, with much more luxurious interiors and better infotainment systems.

You might not know this fact, but Toyota is the company that produces the most cars with body-on-frame construction, including Lexus.

One of their mainstays is the Toyota 4Runner, which comes with a 4.0L V6 mated with an older 5-speed automatic. Robust, rugged, and capable offroad, the 4Runner doesn’t handle great on the highway, but it’s very reliable and can take you anywhere.

The Toyota Land Cruiser is a big SUV that can still go through extremes to get you anywhere. It comes with locking differentials, low-range gearing, decent ground clearance, and a powerful V8 engine. It’s an excellent option for those who want luxury and off-roading ability. But, you better hurry, as Toyota will discontinue the Land Cruiser after 2021.

The Toyota Sequoia is Toyota’s biggest SUV. Based on the Sequoia, this massive vehicle uses Toyota’s aging 5.7L V8, but its size is such that it can only tow 7,400 pounds. Still, it can haul eight people comfortably and put up a fight in moderate off-roading. But don’t expect off-roading performance similar to the 4Runner.

This article wanted to answer which SUVs are built on a truck chassis. There are still plenty of manufacturers that produce these vehicles, but the number is going down. Production time, safety standards, and a desire for more efficiency mean that the body-on-frame isn’t as common as it used to be.

But, as you can see, there are still plenty of SUVs that use a truck chassis as a base for their construction. These are capable offroaders that will get you anywhere. Plus, thanks to their ruggedness, they can handle tough jobs and tow heavy pounds.

But these SUVs aren’t made for excellent handling. The Body-on-Frame construction translates to a top-heavy vehicle, and corners aren’t their friends. So, it’s always recommended to keep this in mind whenever you are purchasing these vehicles.

Another interesting phenomenon is happening. As more companies migrate to unibody construction, you will see less of these on the road, which might spike up the price. So, if you’re looking for a body-on-frame SUV, the vehicles on this list will do the job. All of these can take you anywhere, haul thousands of pounds and take your entire family on a long trip.