Modifying your truck is fun, plus it not only improves the aesthetics but also can make it better off-roading. But, just as with any customization, your vehicle’s characteristics can change. A lift kit can affect handling, stability, and even performance. So, it’s common to ask yourself how lifting a truck can change your towing ability. Let’s find out.

Can you tow with a lifted truck?

A lifted truck isn’t the best option for towing. First of all, the height difference can make it challenging to keep the trailer stable. Plus, an offroad suspension doesn’t work well for towing, so the truck could sag. But this doesn’t mean that you cannot tow with a lifted truck; you just need to take some precautions.

It’s important to note that there are three kinds of suspension kits, leveling, body, and lift. The first model won’t affect towing capacities as it’s designed to level the truck’s front end. A body lift kit works by raising the body from the frame also doesn’t interfere with performance figures.

But a suspension lift kit (which could include a body lift kit) will affect a truck’s performance, even before talking about towing.

When you raise a truck, you require shocks and springs that have longer travel to cope with the additional inches. These are usually softer so that the tires can reach the ground and stay there.

So, when you add weight to the back, you can expect the truck’s rear end to sag. This situation happens even if the load is within the vehicle’s original towing capacity. You can no longer use those figures as references.

Suspension is vital for towing. Modifying it will change your truck’s performance. It’s most likely that you will not be able to reach the original towing numbers if you lift your vehicle.

If the rear of your truck drops, the front is going to lift. The front wheels could lose traction, and steering becomes unresponsive.

So, you have a sagged rear end, hampered steering, and less traction. It’s an ideal situation for an accident.

Plus, if you regularly tow with a saggy rear end, the suspension components will wear out faster. There are some solutions to this problem, which we’ll go through in the next section.

How can you make towing with a lifted truck safer?

To make towing with a lifted truck safer, there are two possible improvements. Mind you, they aren’t perfect solutions and won’t give towing performance that’s equal to the factory numbers.

The first one is to install a drop hitch. Thanks to its shape, this accessory lowers the ball joint to a manageable height. They are easy to install and can have adequate towing numbers. The downside is that, since they’re not variable, they might not suit your trailer’s specific needs.

While a drop hitch will help with the trailer height, it doesn’t help with sag. That’s where the air kit could come in.

You must also take into consideration that a drop hitch isn’t as powerful as a regular version. Because it has additional length, the drop hitch has less structural rigidity than its shorter counterparts. Also, its design can generate extra torque on the truck’s bed, possibly leading to damage if your heavy towing loads.

An air suspension replaces the shocks on the back and replaces them with airbags. Kits range from basic options that require manual inflation to more complex systems that self-regulate. With this upgrade, you can level the vehicle when you’re pulling thousands of pounds.

These tools do not make a lifted truck perfect for lifting heavy loads. In the following sections, we’re going to discuss different towing situations.

Can You Tow A Fifth Wheel or Toy Hauler with A Lifted Truck?

A fifth wheel is a towing hitch that goes on top of the bed. The name comes from the fact that the truck already has four wheels on the ground, but it acts like a fifth.

Since it goes on the bed, usually it allows for heavier or longer loads such as campers and large utility trailers. But, this same feature makes it a challenge for a lifted truck.

If you were to use a fifth wheel on a lifted truck, you could run into several problems. First of all, these devices are usually heavy, which could cause the back to sag, even if you aren’t towing. Adding the trailer’s weight would cause extreme sagging.

Then, there’s the fit issue. With the truck sitting higher, the bed could contact the trailer, making these a dangerous combination.

Toy haulers are particularly heavy, especially when loaded. With a sagged rear end and softer suspension that’s not made for quick reaction, towing one of these with a lifted truck can be risky.

Trucks with a shorter bed will have more sagging. The fifth wheel is closer to the end of the vehicle, further lowering it.

Can you tow a trailer with a lifted truck?

If you’re not pulling a heavy load, then yes, you can tow a trailer with a lifted truck. The significant adjustment you would have to make is adding a drop hitch that matches the trailer.

Fortunately, most trailers are stable and relatively light, which makes them easy to tow. If you’re towing with a lifted truck, do not overload the trailer.

You also have to consider the lift that you have. 2″ or 3″ of additional ground clearance should do fine. But, anything more than that might require longer, softer suspension that won’t react well, even with lighter trailers.

Can you pull a gooseneck trailer with a lifted truck?

A gooseneck trailer hooks up with the truck through a fifth wheel. This design isn’t an ideal configuration for a lifted truck since it could sag the rear end and interfere with the trailer’s stability.

Plus, most of the gooseneck trailers out there are long. The length makes them harder to maneuver and, with the compromised handling of a lifted truck, the combination can be dangerous.

Some people have gone to creative lengths to tow their gooseneck trailer. The most common modification is to extend the gooseneck’s height to include the truck’s lift.

But, the disadvantage to this strategy is that you’re changing the trailer’s center of gravity, and you might affect its stability. The main drawback goosenecks have is that they’re prone to swaying more than other trailer types.

In addition, since it’s connected to the truck’s bed and not the hitch, this swaying could cause the vehicle to lose stability faster. We’ll see in the next section why this is important to consider.

Other things to consider when towing with a lifted truck

Like we’ve said before, a lifted truck isn’t the best vehicle for towing, especially when dealing with heavier loads. But there are also other aspects that you have to consider.

For instance, the most popular reason for lifting a truck is to fit off-roading tires and suspension. These tires could flatten when facing heavy loads, even if it looks like they can take a beating. Because of their design, off-road tires help grip the surface and provide traction, so they’re much softer than usual.

Additionally, once you lift a truck, you’re raising its center of gravity. This modification makes the vehicle more unstable, plus the handling will change.

Safety is essential. It’s not unusual for lifted trucks to react differently in situations such as emergency steering and braking.

Imagine, if you will, that you’re towing a gooseneck trailer that you’ve modified to fit your 4″ lift. Since these are prone to swaying, you might find yourself having to react quickly to regain control.

But, your truck has a big lift, bigger tires, and a heavy load at the back. It’s a recipe for disaster. So, it’s always best to understand how much your vehicle has changed before towing.

This article aims to answer if you can tow with a lifted truck. The answer isn’t black or white.

We can safely say that lifted trucks aren’t ideal for towing. But that’s not to say they can’t. They still can pull trailers and campers, but the handling and braking will be compromised.

When you lift a truck, you’re changing many things about it. It’s not only about inserting new shocks and bigger tires.

This combination translates to a sagged rear end when you’re towing heavy loads. Such situations can damage suspension components and even the truck’s frame.

To make up for this, you could use an air suspension. This option is expensive but doesn’t fix the stability issues related to a high center of gravity.

In general, towing with a lifted truck isn’t the best idea. So, if you want to do so, check up on all the safety precautions beforehand. 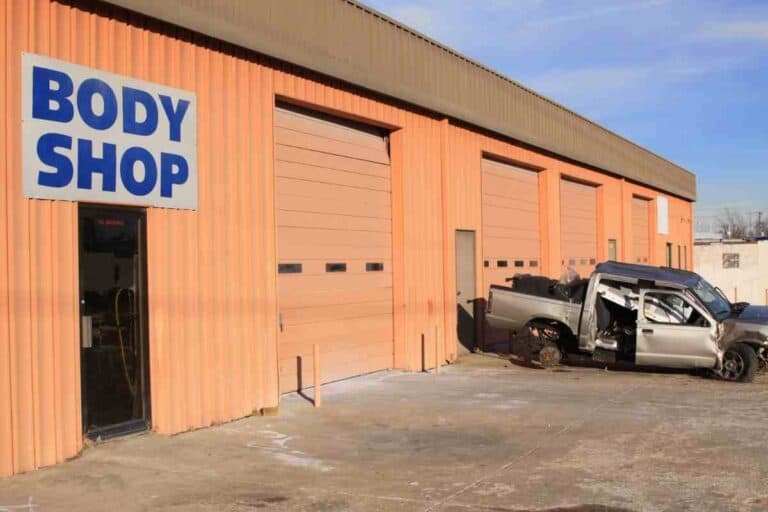 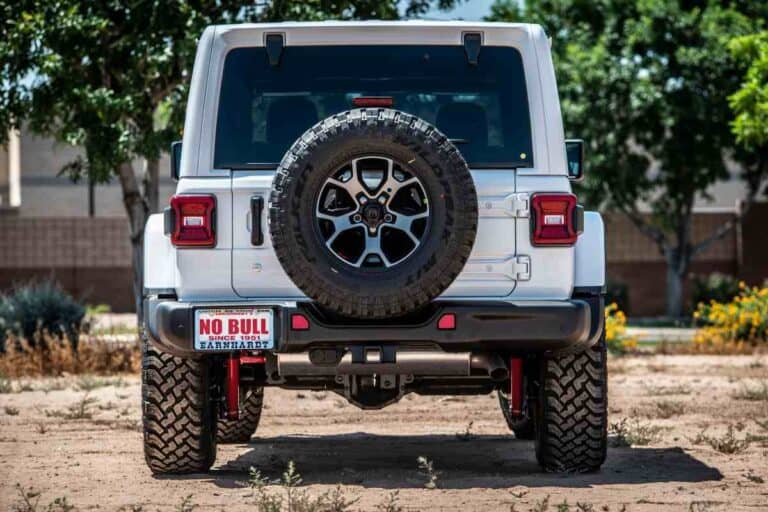 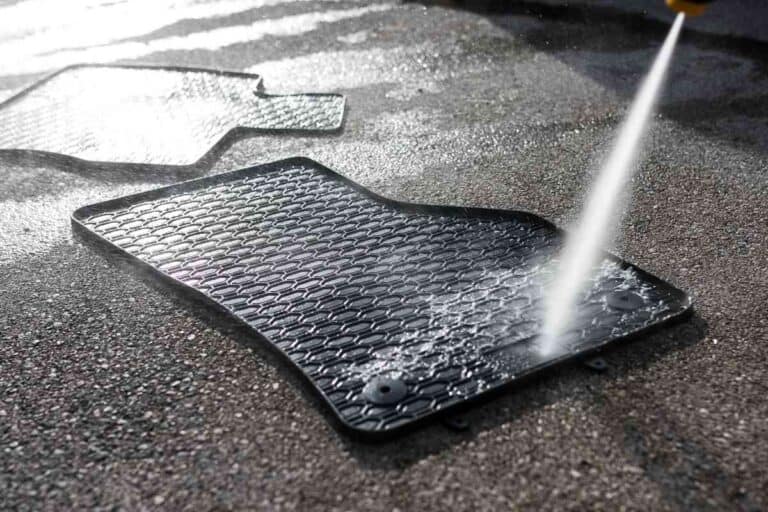 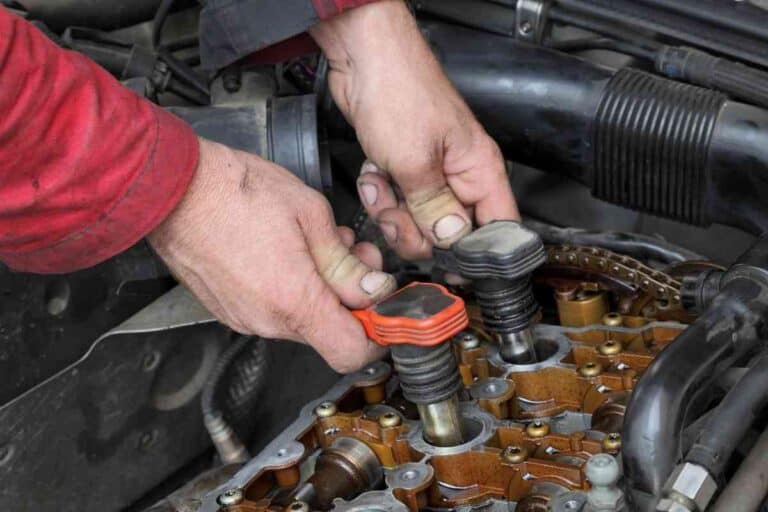 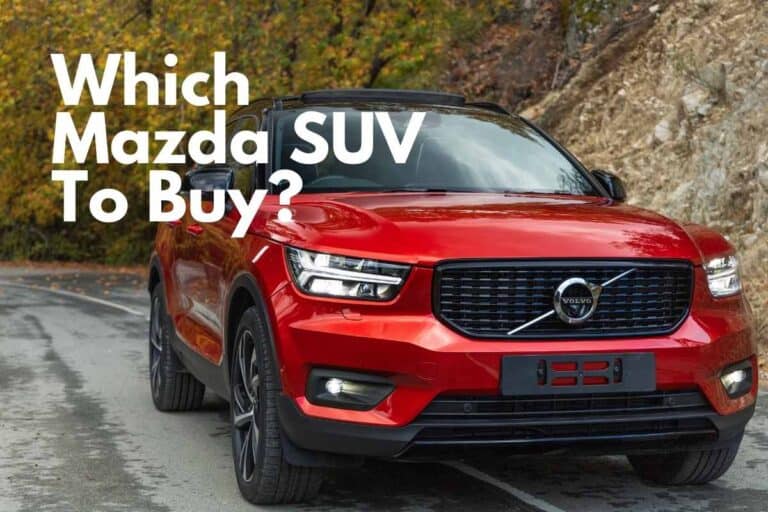